February's new car registrations were 3% up year on year

During the past 24 months new car registrations have risen by 17.4%. In February the market was 3% up year on year, almost 2,000 extra cars, two thirds of which were in the fleet market. 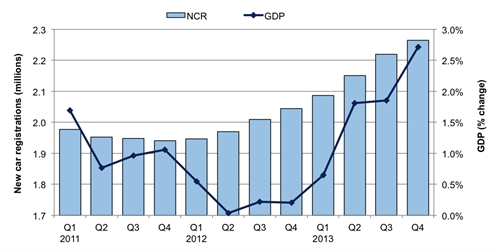 "While February is typically a quieter month ahead of the March registration plate change, we expect the arrival of the new 14-plate and increasing economic confidence to maintain a steady rate of growth."

SUVs and MPVs have recorded above-average growth over the past two years, and city cars have almost doubled in volume. 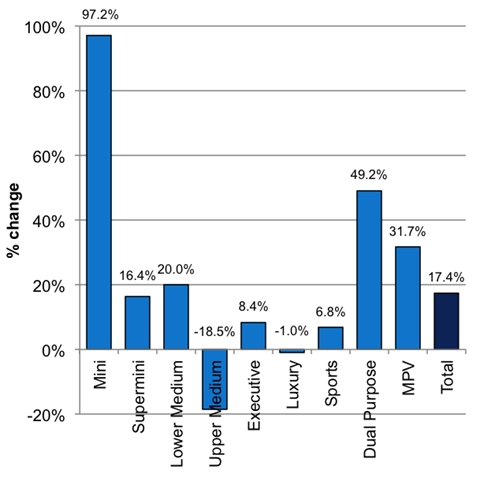 Full registration data for February is available from the SMMT here.

In February, the Ford Fiesta remained the most registered new car, ahead of the Vauxhall Corsa, Astra and Ford Focus.

The top 10 for volume also included the Mercedes-Benz C-Class, which outperformed its rival BMW 3 Series.

Phil Harrold, automotive partner at PwC, said: “The continued rise of new UK registrations in February reflects the increasing confidence in the economy amongst consumers coupled with manufacturer incentives which continue at high levels.

"The real test will come as the European car industry gets its capacity in line with current demand and the need for incentives recedes. However, offsetting this will be the spate of new vehicle launches this year following the Geneva motor show, which is running this week.”