P1 drives McLaren Automotive in profit ahead of target 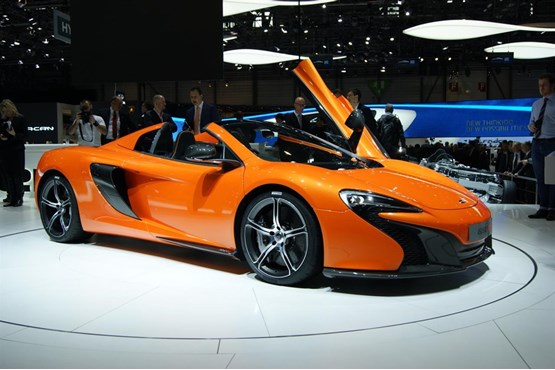 The road car business of British Formula One team McLaren made a profit for the first time in 2013, a year earlier than expected, helped by its sellout £866,000 P1 supercar.

Woking-based McLaren Automotive started making road-legal supercars in 2011 and had predicted the business would only break even in 2013.

Mike Flewitt, chief executive, said: "We expected to break even in 2013 but we actually made a small profit so we're slightly ahead. It's a very significant development." The detailed profit figures are not yet available.

The business launched its latest car – the 650S – at the Geneva Motor Show this week Tuesday.

‘We have taken everything we have learnt from the 12C and the McLaren P1 and put it into this car,’ Flewitt said.

The new car is significantly less expensive than the P1, which has sold out, with 51 people on the waiting list. McLaren limited production of the P1 to 375 vehicles, all of which are expected to have rolled off the production line by May next year.

McLaren is placing no production limit on the new 650S, which will be faster, more powerful and more aerodynamically advanced than the McLaren 12C.

About 80% of the cars made in Woking are exported, and McLaren has 50 dealerships around the world, including one in China.

Mike said there was no specific timeframe for a new McLaren supercar to succeed the P1 at the very top end and it would depend on another ‘step change in technology’ which was likely to take ‘at least five years, maybe 10’.