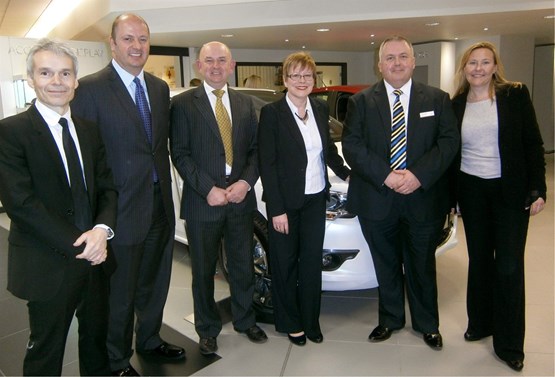 Callow Marsh, part of Jenkins Group Holdings, has taken on the Citroen franchise in Hereford.

The Citroen brand has been absent from the Hereford areas for a number of years.

Nick Jenkins, managing director of Jenkins Group, said: “We often get servicing and parts enquiries from Citroën drivers in the area so we knew there was an opportunity locally.

“Citroën approached us way back in February 2013 and we have been impressed with what we have seen since then, both in terms of products and the Citroën team. We are excited about bringing Citroën back to Hereford.”

Callow Marsh will operate the sales, service and parts contracts for Citroen in Hereford.

“In 2014 we have started as we mean to go on with three appointments in the first quarter.

“It is clear that the customer is the cornerstone of everything Callow Marsh do. We have been impressed with the amount of work they put in pre-launch and know they will hit the ground running.”

Citroën’s remaining open points include locations in Scotland and London.