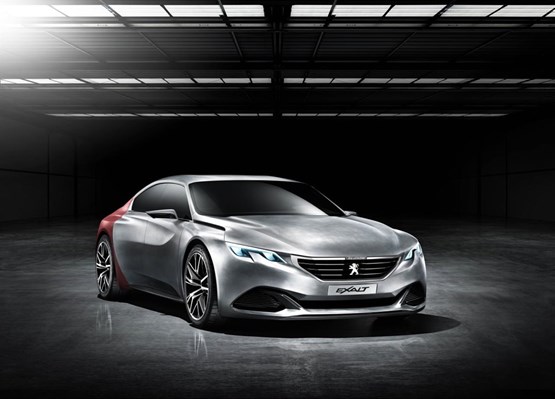 Peugeot has revealed the first images of what it is calling its ‘vision of the saloon’ with its Exalt concept.

The new concept hints at the future design direction for the French brand. Designers have experimented with a mix of materials on the exterior and interior designs, using wool-based fabric, leather, bare steel and ebony wood.

The Exalt concept is built on the same platform as the current 308 and is powered by a 1.6-litre THP plug-in hybrid system which combines the 266bhp petrol power with a 67bhp electric motor.

The new model will make its debut at the Beijing Motor Show and Peugeot is expected to position the brand further upmarket in China.

Maxime Picat, Peugeot brand chief executive, said: “Peugeot’s 125 year automobile history is punctuated by models that made their mark on their era.

“With the Exalt concept, the brand asserts its position and writes a new chapter. We are moving forward, resolutely and with confidence.”