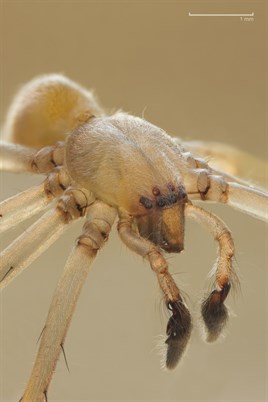 Mazda has issued a voluntary recall for 42,000 vehicles in the US due to problems with spiders blocking engines with their webs after being attracted by the smell of petrol.

The Japanese manufacturer is hoping to fix the bizarre problem by applying a software update to its cars which will monitor the pressure level in engine and warn drivers.

Yellow Sac spiders (pictured) are the type of spiders specifically attracted to the smell of volatiles in petrol.

Mazda told the US equivalent of VOSA: “A certain type of spider may weave a web in the evaporative canister vent line, potentially causing a restriction in the line.

"If this occurs, the fuel tank pressure may become excessively negative when the emission control system works to purge the vapours from the canister.

"As the canister is purged repeatedly during normal operation, the stress on the fuel tank may eventually result in a crack, potentially leading to fuel leakage and an increased risk of fire."