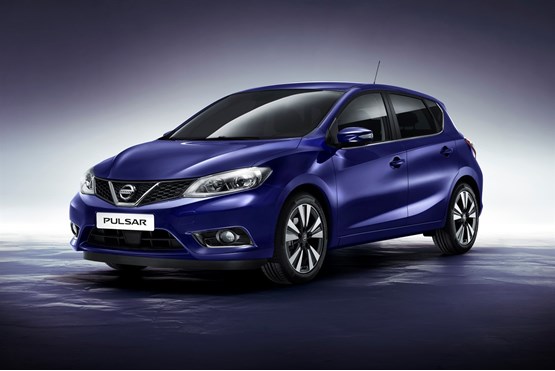 Nissan has revealed the first official images of its new Ford Focus rival, the Pulsar.

The new model will go on sale in the UK this autumn.

The Pulsar marks a return for Nissan to the hotly contested C-segment, which is dominated by the Ford Focus and the Volkswagen Golf.

Nissan is hoping to build on its success of the Qashqai with the Pulsar. The brand believes there is space to compete in the market as it knows it needs a C-segment in its range in order to tempt customers in the UK who would never consider a crossover.

LED headlights will be included, following on from their inclusion on the new Qashqai and X-Trail.

The Pulsar badge first appeared with Nissan in 1978 and has been used since for models in Asian and Australasian markets over the last 40 years. The Pulsar badge also appeared in certain European markets in the early 1990s on the N14 model.