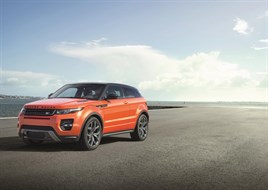 Vertu Motors has increased its representation of Jaguar and Land Rover with its acquisition of Hillendale Group.

For a total of £8.2m, it has acquired the entire share capital of the Lancashire car dealer, which operates a Land Rover dealership in Nelson and a Jaguar dealership in Bolton.

It is Vertu's first Jaguar franchise.

The businesses will be rebranded as Farnell Jaguar and Farnell Land Rover, in line with Vertu's others representing the same brands. The acquisition includes two leasehold properties.

Vertu said it expects this acquisition to be earnings enhancing in its first full year of ownership.

Robert Forrester, chief executive of Vertu Motors, said: "We are delighted to announce the next step in our growth with Jaguar Land Rover and our entry into the Jaguar franchise.

"Land Rover remains one of the most attractive franchises from the perspective of the motor retailer, and we are very pleased to extend the reach of the group's highly successful businesses in Leeds, Guiseley and Bradford into Lancashire.

"The Jaguar franchise is set to see substantial new product flow in the next few years following significant product development investment by Jaguar Land Rover. The group is therefore looking forward to partnering with this exciting British-built brand."

In 2006 Hillendale was bought out from Preston Group by its management team, including managing director Lee Collins, and in 2013 it acquired the Bolton Jaguar business from Pendragon.

Hillendale has been a customer service award winner for Land Rover.

"As with all premium brands, the transaction does include some goodwill, but there is good potential for synergies given its strong presence in Yorkshire via the Farnell business."

The Nelson site was targeted by criminals last week when £10,000 of damage was caused to vehicles on the forecourt.

Three sets of headlights were stolen and a grill from Land Rovers parked at Hillendale on Lomeshaye Industrial Estate. Police believe there were three offenders, who climbed over a fence to get in.

The police are studying CCTV footage while following up leads after a garage in West Yorkshire was targeted in similar circumstances.