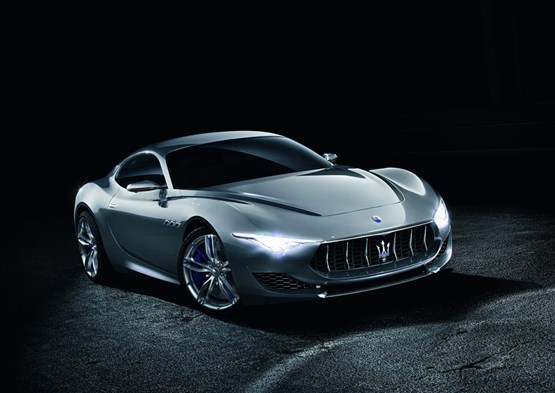 Maserati has confirmed that its Alfieri concept car will go on sale and will help the brand rival the Porsche 911 and Jaguar F-Type.

The new model will be built in coupe and cabriolet styles and forms part of Maserati’s five-year plan for growth.

Maserati will expand its model line-up with a Levante crossover model in 2015, followed by the Alfieri coupe in 2016.

The Alfieri cabriolet will go on sale in 2017 and there will be a Grand Turismo replacement in 2018 creating a seven car model range.

The Levante SUV will be the key to unlocking sales globally, with strong demand expected from markets like China and the Middle East.

The Levante will use the same 560bhp V8 as the GranTurismo, and there will be 350bhp and 425bhp petrol-fed V6s as well, while in Europe three diesel V6s will range from 250bhp to 340bhp. Four-wheel drive will be standard on all Levante models.

The Alfieri is expected to come with V6 engines with power outputs ranging from 410bhp to a range topping 520bhp model.