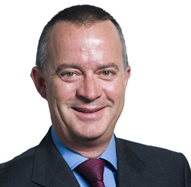 Are you one of the squeezed-middle paying tax at 60%? Much attention has been given to raising the personal allowance to £10,000, but little has been said about the knock-on effect this has on those earning just above £100,000 who now pay tax at 60% - much higher than the 45% tax payable by those earning more than £150,000.

How to take advantage of the 60% tax trap

f you control your own company, there are other ways to avoid 60% tax. Obviously, you could limit your taxable income to £100,000, but if that is unrealistic you should take the excess as dividends. You should probably be taking dividends instead of salary anyway as this avoids the payment of national insurance and, even though the company’s corporation tax liability rises as your salary falls, the overall tax rate is lower.

You should also consider transferring 50% of your shares to your spouse. This could have capital gains tax advantages in the event of a sale of the company, but more importantly this potentially allows you, as a couple, to receive gross dividend income of £200,000 (i.e. cost dividend of £180,000) and still keep your personal allowances intact. Taking the income tax and corporation tax together, the total tax payable would equate to about 32% of the profits needed to pay the dividend.