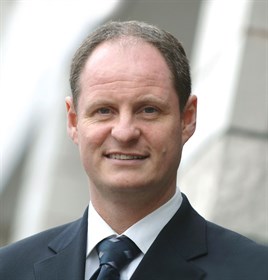 Lookers' chief executive Andy Bruce has said future interest rate rises will not affect car sales - and could easily be offset by manufacturers passing on their gains from foreign exchange.

Bruce (pictured) told Reuters that small rises in interest rates would be "inconsequential".

"Every quarter-point movement, if it's passed on to the customer, is £3 a month," he said. This would equate to just over £100 to the cost of an average vehicle on a three-year finance personal contract plan, or PCP.

"It's not going to stop somebody buying a car. So even three or four interest rate rises on that basis is not going to fundamentally change the affordability of the car."

Bruce said many firms could easily absorb the cost of a rate rise due to impact of the strengthening Pound against the Euro which benefits importers of Euro-denominated car parts.

Last week, the Pound hit a 19-month high against the Euro following comments from European Central Bank President Mario Draghi that Euro Zone rates would be kept at record lows for the foreseeable future, a contrast to rate expectations in Britain.

For Ford, which does much of its British business in Euros - such as parts-purchasing and imports - every Euro cent that Sterling moves away from parity with the Euro, the carmaker gains about £30 million in turnover, Bruce said.

He said this kind of foreign exchange boost was being felt by many carmakers in Britain.

"The movement in the exchange rate in the last year of eight points is about £1,000 a car to the UK on the basis that the average selling price is about £12,000," Bruce said.

"That's the difference between what they will be realising in revenue on the basis of today's exchange rate versus 12 months ago."

Britons are also on average more highly indebted than people in most other advanced economies.

Bruce said that Lookers was now increasingly concentrating on premium and luxury brands including Volkswagen's Audi and Bentley models as well as Tata-owned Jaguar Land Rover where margins tend to be higher.

He also said the firm had recently begun to consider expansion and the opening of its first new-car dealership abroad was a possibility.

"I wouldn't say it's on the horizon but it's something that I wouldn't rule out in the long run," he said, adding the possible timeframe would be in five or more years.

"We haven't got a strategy for it but my personal preference would be the US I think the market is more open there."