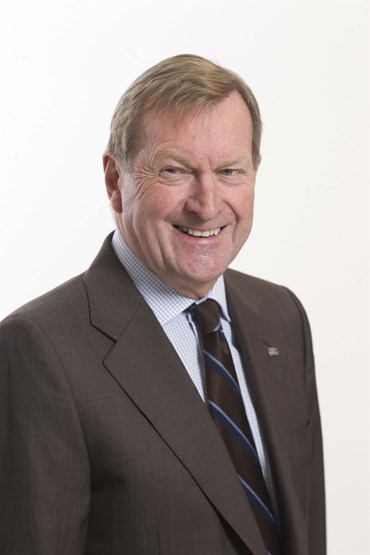 John Clark Motor Group has announced a fourth consecutive record-breaking year in 2013, with turnover increasing 33% from 2012 to £470m.

The latest figures from the group, which has 21 car dealerships across the east of Scotland, show an operating profit before interest rise from £5.7m to £8.9m and a 68% rise in group pre tax profit from £4.4m to £7.4m.

The results are also reflected in the number of vehicles sold, with sales passing the 20,000 units threshold for the first time in the company’s history.

For the eighth consecutive year, the group achieved turnover growth across its network of service workshops, accident repair centres and parts operations.

2013 marked a year of expansion for the company when it acquired four new businesses, two Land Rover dealerships in Cupar and Perth, and two Jaguar branches in Edinburgh and Perth, welcoming the Jaguar franchise to the group for the first time.  This acquisition made an overall positive contribution to the trading results, it said.

The group continues to invest in dealership upgrades following the development of the new flagship facilities for the Nissan and Mini franchises at Balmoral Park, Aberdeen, due to officially open on July 26th 2014.

John Clark, chairman and managing director of John Clark Motor Group said: “2013 was another strong year for the company, to have had our fourth record-breaking results in a row shows what an outstanding team we have.

"Our focus remains on providing the best customer experience alongside our premium franchise offering, illustrated by our ongoing investment across the group in both our facilities and our staff.

"One of the highlights of 2013 was the acquisition of the new dealerships, and I am pleased to say that all four are making good progress and are generating results which are well ahead of expectations.

‘In addition we have invested in our existing franchises with the development of new showrooms for Nissan, Mini, Skoda and Seat in Aberdeen, as well as expanding our Volkswagen dealership in Kirkcaldy.

" Looking to the future, we have further plans to refurbish a number of our other dealerships including Dundee Audi and Volkswagen Aberdeen in the next 12-18 months. All of this continues to improve the customer experience we offer.”

The acquisitions also contributed to a rise in the number of employees at the group with the headcount increasing by 25% to 931 by the end of 2013, this number has already risen further to more than 1000 in 2014.

Clark added: “Equally as important as our infrastructure, we have an increased focus on staff development and training including our in-house management development programme.

"The first six months of 2014 show no signs of slowing down for us and we firmly believe that our success is driven by our people. We can only continue to achieve such outstanding results by delivering the highest levels of customer service which is achieved by investing in our people and equipping them with the skills, knowledge and experience required to deliver on behalf of the group.

"They really are the lifeblood of the business, without them these results simply would not have been possible.”