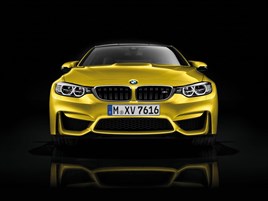 One of the most consistent automotive predictions of the past 10 years has been that the steady increase in sales of German premium brands must, at some point, harm their residual values.  Audi, for example, sold 142,000 units in 2013, twice as many cars as 10 years earlier, and the normal laws of supply and demand suggest that residual values should have already reflected that.

So have the German brands become the automotive equivalent of black holes? Black holes are so massive that they can bend light, and German brands seem able to bend the laws of economics.

The truth is rather more prosaic. It may be that we have been measuring the wrong demand when making predictions about residual values. Traditionally, we measure demand for new and nearly-new cars: if manufacturer X sells an extra 50,000 new cars, it increases supply, but demand is relatively constant, so there must be a trade-off in used car values, goes the argument.

However, what if the key factor in residual values is used car demand not at three years, but at 6-10 years, where there are so many cars on the market that an extra 50,000 units does not make much difference?

Martin Ward, manufacturer relationship manager at CAP, is a strong believer in the importance of demand for older used cars. He says what underpins demand for used BMWs, for example, is that they are aspirational at every age. Many people who can only afford a 10-year-old car would still prefer a used 3-Series or A4 to a mainstream used model, and that is true of every age band through to one-year old cars.

Of course, demand is not infinite. If a premium brand were to take 10% of the new car market, there would be so many used cars coming through that residual values would eventually take a hit at every age range. However, this thesis about older used cars does explain why the relationship between new car volumes and residual values seems to be weaker than previously believed – at least for premium brands.

It is no consolation at all to mainstream brands. There is no aspirational desire for a 10-year-old lower medium car from a mainstream manufacturer that will support an increase in sales. In that part of the market, supply and demand are in balance, so an increase in supply will harm residuals in the traditional manner.