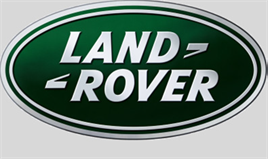 Cambria Automobiles has acquired a Land Rover and Jaguar car dealership from Lookers.

It is the first Land Rover franchise for Cambria, and brings its Jaguar portfolio up to six sites, four of which are in or near Greater London.

The £10.47m deal is for the trade and assets of Lookers' Hadley Green Garages site in Barnet, North London.

Lookers gained the site in March when it acquired Colbornes, which had bought Hadley Green in 2012.

The consideration for the acquisition comprises £3.75 million for the freehold property, £5.0 million of goodwill, £0.46 million for fixed assets, with the remaining £1.26 million for used cars, parts stock, demonstrator vehicles, accruals and prepayments.

Cambria said it is the group's intention to draw down a new term loan in respect of the freehold property acquired, with the balance of the consideration to be satisfied using its existing financing facilities.

The acquired dealership's combined management accounts for 2013 show revenue of £46 million and, on an adjusted basis, Cambria estimates the profit before tax for same period was £0.7 million.

Mark Lavery, Cambria's chief executive, said:  "Following our success in turning around underperforming dealerships, it is very pleasing to announce the acquisition of our first Land Rover and the addition of a sixth Jaguar dealership, which are expected to be rapidly earnings enhancing and strengthen our brand portfolio mix."

"The Land Rover brand continues to perform exceptionally well and has been acknowledged as the most valued new car franchise by the National Franchised Dealers Association's Dealer Attitude Survey.

"Cambria is already working closely with Jaguar which is going from strength to strength and the new product roll-out, scheduled for 2015 onwards, is very exciting.

"The purchase of this dealership is very much part of our growth strategy and the board expects the acquisition to make a considerable contribution to the group's performance in 2015."

Lavery said there were considerable opportunities in the business to increase efficiencies and maximise the profit opportunities, put by analysts to be in the region of £1m in profit in the next financial year and £1.5m subsequently. The Jaguar business is loss-making currently. Lavery said new Jaguar product next year, plus improvements in the used car operation and a new-build aftersales workshop will put the business back on track.

He said the deal had been in the frame since Lookers bought the business as part of its Colborne acquisition in March and that if complies with Land Rover's market area strategy.

Separately, Cambria has added its second Jeep franchise, which will sit alongside its existing Fiat business in Oldham.

> Colbornes Group bought Hadley Green in 2012 when it represented Bentley, Jaguar and Land Rover. Lookers acquired Colbornes this year for £33.6m in cash.