Alan Bates retires after 52 years of service to Ron Brooks 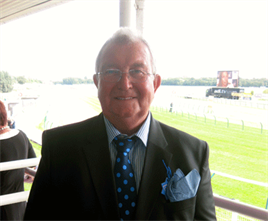 Directors and staff at Ron Brooks Limited on Derby Road in Ilkeston have wished a fond farewell to aftersales director Alan Bates who has retired from the business after 52 years.

Bates started with the company on its first day of business on July 1, 1962 along with Ron and Elsie Brooks as the business's single mechanic and worked in the lubrication bay at the newly created Derby Road Service Station for 12 hours a day.

As the business grew and the number of staff increased, along with the size of the site (workshop, showroom and parts department) and the acquisition of the Simca franchise in 1963 he took on more responsibility and became aftersales director in 1968.

In 1973 the company took on the Toyota franchise for the area.

In 2003 Bates transferred to Mansfield to open a second site for Ron Brooks.

In 2005 he managed the transfer of the old service department reception to the newly built showroom of Ron Brooks Limited on Derby Road, Ilkeston.

Bates, now 71, has gradually reduced his executive responsibilities but remained a director up to June 30.

Kevin Slack, managing director, said “It is a rare occurrence for one person to work for so long at one place.

"Alan has been instrumental in setting the culture of the business together with Ron Brooks and he leaves a strong legacy and many colleagues who will continue to deliver the special family business values of integrity and customer service and wishes him a long and healthy retirement.”