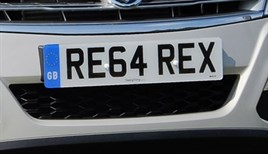 Financial incentives for motorists and dealers alike may push September into the car registration record books.

But behind the scenes, many dealers are increasingly unhappy about the pressure to increase new car sales.

Research into the number of cars registered during the first half of September suggests a double digit increase on the same period last year.

If the trend continues, the new car market could even exceed the widely forecast total for this year of 2,450,000.

The figures come from CAP Automotive, the car valuation and technical information provider.

CAP’s market experts have been closely monitoring the sales performance of new car dealers and analysing the financial incentives that are fuelling this year’s rapid growth in registrations.

Carmakers are taking a two-pronged approach to encouraging new car registrations by incentivising consumers and dealers alike, with finance deals structured to provide an attractive monthly cost and traditional discount on screen price and millions of pounds are also being poured into dealer contributions.

CAP said manufacturer contributions on some models are as high as 25% of the car’s value.

CAP said dealers are not happy about the pressure on them to meet growing new car targets, and referred to one dealer describing new car sales figures in the UK as containing “a lot of fakery”.

Philip Nothard, CAP’s retail and consumer expert, said: “This has the potential to be the biggest September on record for the new car market and the signs are that the year-end figures may take 2014 into the record books.

“We believe registrations for 2014 may exceed official forecasts but, behind the positive headlines, many dealers are unhappy.

“While the typical new car retail customer is undoubtedly getting a better deal than at any time we at CAP can remember, many dealers are complaining that they are caught in a vicious circle.

“The more cars they register this month, to qualify for manufacturer bonuses, the harder it will be to meet their targets next month with customers still to find for many of September’s cars.

“There is also a problem for some manufacturers in keeping up with demand and lead times have grown to 16 weeks for some models.

“And because more new cars registered today means more used cars appearing tomorrow, there are concerns in some quarters that depreciation will inevitably increase in future years.

“CAP is already forecasting increased depreciation in our Gold Book future forecasts, based on the growth in supply over the next few years caused by the steady increase in registrations since the recession.

"Our experts are again watching the current market very carefully to ensure they have a clear picture of what is happening now and what it means for the future. In fact, the final total for the calendar year of 2014 is almost irrelevant. We use several metrics in our analysis including the annual selling rate and the year over year change in registration levels.

"Should lead times reduce the final December and year end numbers, these cars will be registered early in 2015 and contribute to increased future used vehicle supply.”