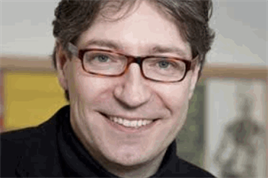 "The UK economy only emerged from its flat-lining malaise late last year and real incomes are still being squeezed but new car sales are booming.

In fact, sales have been up every month for the last 29 months, rising 10% over the last year alone, driven by cheap finance and heavy discounting by car firms which has – once again - encouraged British drivers to load up on credit.

The surge in sales even caught the Society of Motor Manufacturers (SMMT) on the hop, and it had to recently raise its forecast for 2014 sales growth from 6% to 8%. If correct, that would see sales hit 2.45m this year, more even than in 2007 pre-crunch days.

But the SMMT has said this is likely to be a final surge rather than a renewed wave of growth, with Mike Hawes, the SMMT’s chief executive, recently saying that “overall demand is beginning to stabilise”.

I’d go further and that sales are peaking and may even decline slightly next year as the credit-fuelled new car sales boom reaches the end of the road.

Around 75% of UK new car sales are financed by lenders and cheap credit has driven sales.

In fact, there are signs that the engine behind the sales boom is already starting to splutter, in the form of the personal contract purchase or plan (PCP) financing scheme which the big car firms’ finance divisions used to lure us into showrooms and to drive new cars.

PCPs work like this. Drivers pay an initial deposit and then a fixed monthly payment over a term of – say - three years which in effect covers the depreciation in the car’s value.

After the three years are up, the driver then has the option to make a ‘balloon payment’ to take ownership of the car, or, as manufacturers hope, trade in the residual value in the car as a deposit on a new vehicle.

The key difference comparing PCP as against a traditional hire purchase deal is that the driver is paying off a much smaller amount of money, so s/he has a lower monthly payment or lower initial deposit or shorter repayment term.

So, on a new car deal over three years with a low deposit, a PCP offers a much lower monthly payment than an HP, with the caveat that at the end of the agreement the outstanding balance will need to be settled.

All this is a way of saying that on PCP the same car will cost considerably less per month to finance than on an HP, or can mean that the driver can drive a more expensive car for the same monthly payment.  That’s what has made PCP so attractive to the car ‘buyer’.

Meanwhile, for dealers and car makers, the lower monthly payments via PCPs that means that more of their customers can afford their cars (so sales boom as we have seen). What’s more, the final balloon payment at the end means that customers are likely to buy another car on another PCP, giving the dealer/manufacturer a good chance of getting repeat business.

That all sounds very clever in an innovative financing sort-of-way. But, the entire PCP structure depends on that residual value remaining robust and keeping the monthly repayments affordable.

And while PCPs have kept the champagne corks popping at dealer sales events, some dark clouds are looming on the horizon which may seriously dents to the ability of PCP to keep cars coming out of the showrooms at quite such a dizzy rate: used car values and likely rises in interest rates.

In effect, the surge in PCP-propelled new car sales may lead to a wave of used cars hitting the second-hand car market, in turn depressing second hand values. That in turn would impact on the very collateral that lenders rely on to make PCP deals work.

Of course, if the market value of the car at the end of the three years is less than the amount outstanding, that’s not the driver’s problem – the finance company takes the loss.

But it does mean that car firms are likely to take a hit on the value of used cars being returned, and PCP rates may have to rise in the future.

And another reason why costs may rise is that interest rates will at some point rise.

Over the last few years, car sales on credit have been boosted by the Bank of England’s decision to keep interest rates at 0.5 per cent since March 2009.

But with the UK economy growing and unemployment falling, markets have brought forward expectations of a rate rise to the end of this year or start of next year. That would increase the cost of finance for car buyers.

Finally, the nascent recovery in the European car market may also have an impact on offers in the UK. Car firms facing ‘carmageddon’ in Europe have been offloading cars in the UK market over the last few years where they at least have been able to shift them, and have offered heavy discounts.

But as carmakers become more confident that they can sell more cars on the continent then they are likely to pare back the big discounts and attractive PCP offers.

So overall, new car sales are close to record highs and may be peaking, thanks to an avalanche of used cars starting to hit residual values, interest rate rises looming and car makers less inclined to off-load cars in the UK market as European markets pick up." (Source: Birmingham Post)