Was this article useful?
4 people found this useful
7 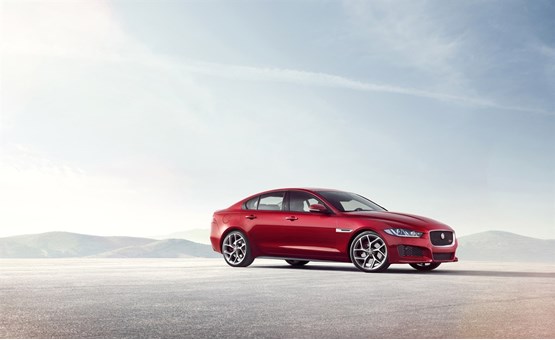 Jaguar has unveiled its new XE compact saloon, the British brand's rival to the Audi A4, BMW 3 Series and Mercedes C-Class.

♦ View more images of the Jaguar XE in our gallery

The Jaguar XE is the first model developed from Jaguar Land Rover’s new modular vehicle architecture, which the company claims will set the standard for driving dynamics in the midsize segment. It says the long wheelbase and low seating position enable perfect proportions and a streamlined, coupe-like profile.

Kevin Stride, vehicle line director, Jaguar XE, said: “Jaguar’s position as the leading premium manufacturer of aluminium vehicles allowed us to develop a light, stiff body structure that is ground-breaking in its class.

"It enables the XE’s advanced chassis technologies to deliver an unprecedented balance of agility and levels of refinement previously found only in vehicles from the segments above.”

As well as a 3.0-litre V6, models will be powered by efficient 2.0-litre, four-cylinder petrol and diesel engines matched to smooth-shifting six-speed manual and eight-speed automatic transmissions.