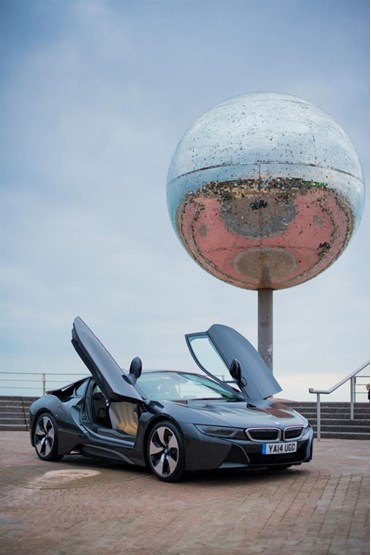 Preston dealer group Bowker has supplied the first electric cars to be involved in Blackpool Illuminations switch on event.

The BMW i3 and i8 cars from Bowker Motor Group were displayed in front of the world-famous Blackpool Tower for the weekend Switch-On Festival from August 29.

Electric and hybrid cars were on display on the Golden Mile and viewed by crowds of more than 20,000 people.

This year was the first time electric cars had been seen during the 'switch on' event.

Councillor Graham Cain, cabinet member for tourism and leisure at Blackpool Borough Council, said: "We have seen energy consumption for the Illuminations reduced by two-thirds over the last 10 years. And we try and work with partners who share our vision if we can. Bowker Motor Group is a perfect example of that.

“There’s no avoiding the fact that the illuminations are powered by electricity. So the electric and hybrid BMW cars were a perfect complement to our event and proved a real talking point amongst the thousands of people attending our Switch On concert.”