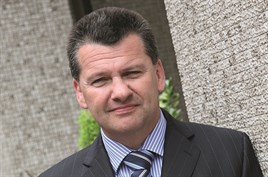 Ford, Jaguar and Aston Martin car dealer Cambria Automobiles said its first four months of trading in its new financial year have been "substantially ahead" of the prior corresponding period in 2013/14.

"All aspects of the business continue to show strong profit improvement on both a total and a like-for-like basis," said a trading update to the London Stock Exchange from the car dealer group which also holds franchises for Land Rover, Volvo, Fiat, Alfa Romeo, Honda, Nissan, Vauxhall, Seat, Renault, Dacia, Chrysler Jeep and Triumph motorcycles.

"The board expects Cambria's interim results for the six months to February 28 2015 to be significantly ahead of the corresponding period of 2013/14 on a like-for-like basis and views the outlook for the remainder of the financial year with confidence.

"In this regard, the group's trading performance is also tracking ahead of current market expectations for the full year."

Cambria's new vehicle unit sales in the first four months of the current financial year increased by 19.3% and by 11.9% on a like-for-like basis, well ahead of the UK new car market which grew by 8.2% in the same period. Its board anticipates that new car volumes will remain robust in 2015.

Used vehicle sales also continued to perform well, with unit sales 1.8% ahead of the same period last year (flat on a like-for-like basis), with the gross profit per unit continuing to increase.

Growth in Cambria's aftersales operations is continuing, with profitability currently up 10.7% year-on-year and up 3% on a like-for-like basis.