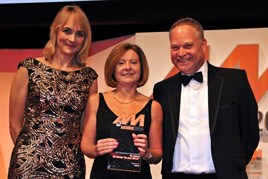 For the second year running, Kia demonstrates innovative thinking, creating a YouTube campaign lasting less than a month that uses the reality TV format to push traffic to Kia’s Carens webpage for test-drive bookings at its car dealerships.

Using Kia’s overall brand proposition of “cars that speak for themselves, customers that speak for us”, it created a reality series and car review rolled into one. ‘Mums’ were recognised as key decision-makers in buying a family car and so they were given the chance to have their say on the seven-seater car, alongside the ‘hubby’ and children. Production took four weeks and the campaign cost £70,000.

Kia used customers – and prospective customers – to effectively sell what is far from a mainstream product in the segment, the judges concluded.

Video content views cannot be directly linked to sales, but in the period to October 5, the campaign helped to generate 600 requests for Carens brochures and more than 140 sales. The video is still being played in Kia showrooms and has been viewed nearly 100,000 times on YouTube. It has driven more than 11,000 clicks to the Kia website.

Kia says the campaign is still delivering value long after it officially ended.