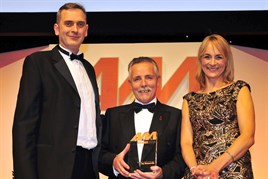 Ray Sommerville has spent 40 years in the industry, the last 14 of them at Perrys. He joined the Perrys board after the management buy-out in March 2001 and became managing director soon afterwards.

Along with chairman Ken Savage,  Sommerville guided the group through a recovery phase after the buy-out, when morale was low and the group lacked direction. Just as this process was bearing fruit, the 2008 recession hit and survival became the priority.

Quick and decisive action saw Perrys suffer less than many and even in the darkest days of 2008 Perrys did not make a loss.

With the recovery came the opportunity to take a new direction. Perrys could have followed the large group norm and sought scale above all else. Instead, Sommerville saw the need to rebuild people before rebuilding the scale of operations.

The cuts required by the recession had left too few people to provide the customer value that he saw as fundamental to success. The resultant stresses had also left people less capable and less thoughtful toward their colleagues.

In 2013, Sommerville started a rebuilding initiative called ‘People First’. A staff engagement survey in 2014 showed this initiative was having significant success.

At the same time, he sought to simplify the management structure, which would require greater responsibility to be taken at site level, with shorter lines of communication.

This would be supported by an initiative to coach individual managers, rather than just throw them in at the deep end. This required a resolve to grow managers from within rather than deliver the short-term fix of hiring in from outside.

Perrys has seen a continuous improvement in results since 2011, but 2014 has seen the best result in its history, with a return on sales very close to the admired benchmark of 2%.

There are many managers who can drive a good result. It takes a business leader with vision to do so while creating a sustainable base for the future.