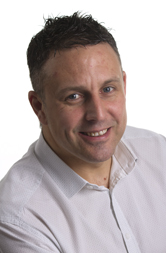 Car dealers could find themselves sitting on stock they can’t shift if they think less fuel efficient cars will face a resurgence following the fall in fuel prices, says CAP Automotive.

CAP also brands the assumption that drivers naturally desire larger-engined and less economical cars, if only they could afford to run them, as '1970s thinking'.

Swapping out of standard family cars – such as a Skoda Octavia – into more luxurious cars with bigger engines would represent a bad long term deal for the motorist, even if fuel prices remained low in the medium to long term.

Taking a Skoda Octavia 1.6-litre SE, the increase in road tax costs over three years for switching into a thirsty V6 Skoda Superb 3.6-litre Elegance would cost the hapless driver £840 more and 42% more in fuel costs over the period of ownership.

“Whichever way you look at it, the numbers just don’t add up to support the suggestion that motorists might be tempted to look at cars with less efficient engines just because fuel prices have fallen.

“Even if pump prices remained as low as they are today for the next few years, road tax and other motoring bills would continue to outweigh any savings on fuel - even with unleaded around 30 pence per litre cheaper than it was a year ago.

“We know from the intelligent consumers who research car costs on our website that the typical car buyer in modern Britain has long moved on from the old days of simply wanting the biggest, most powerful engine they can have.

"The assumption that lower fuel prices will unlock pent-up demand for a return to some kind of golden age of gas guzzlers is thinking that belongs in the 1970s.

“We have also been extensively researching this issue among motor dealers and they confirm to us that fuel economy has not slipped at all down the list of priorities for the typical customer.

“Doubtless the odd ‘petrol head’ with a thirsty classic in the garage will be tempted to do a bit more driving while fuel is cheaper, but the suggestion that we are on the brink of a resurgence for less efficient cars is simply a schoolboy error.”