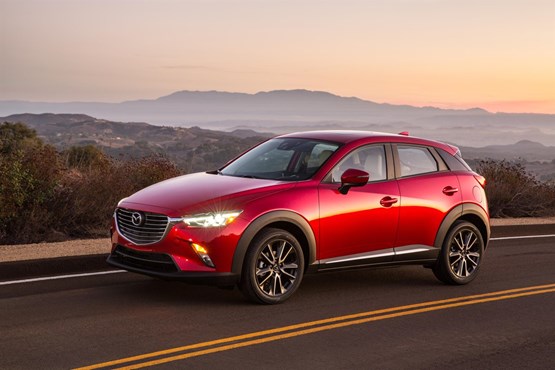 Mazda will showcase its all-new CX-3, CX-5, MX-5, Mazda2 and Mazda6 at the Geneva Motor Show, next month.

Front and centre will be Mazda’s first small SUV making its European premiere; the CX-3. Offered in all-wheel-drive (AWD) or front-wheel-drive (FWD), the model is set to go on sale in early summer.

The all-new Mazda2 supermini will also be on display and has already won the 2014-15 Japan Car of the Year award. Alongside will be the fourth-generation MX-5, which is set to go on sale in the autumn.

The 2015 CX-5 and Mazda6 round off the company’s highlights in Geneva. Besides redesigned faces and interiors, new features include active safety systems like Adaptive LED Headlights – a Mazda debut. The 2015 Mazda6 is offered with AWD and a head-up display, while the new CX-5 adds the Skyactiv-G 2.5-litre petrol engine to its line-up.

All five models will be on display in hall 5 (stand 5150) at the Geneva Motor Show, which opens to the public from March 5.