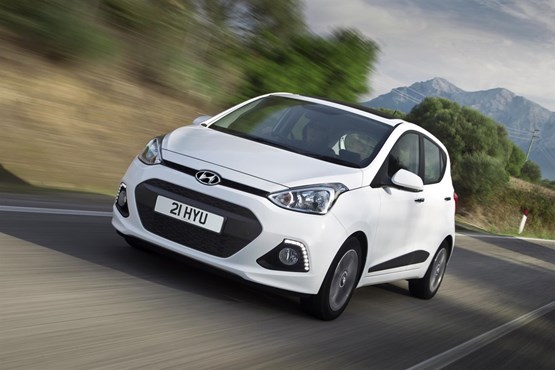 Hyundai Motor UK has announced the addition of range-topping Premium SE trim to its i10 model range.

Hyundai has also added the space saver spare tyre as a standard feature on new SE models and above.

President and chief executive of Hyundai Motor UK Tony Whitehorn said: “Since its launch a year ago, we’ve already sold over 25,000 units of new generation i10 in the UK. The introduction of Premium SE will look to build on this success by providing customers with competitive levels of technology, without the need to compromise on the small car package.”

Since going on sale in January 2014, the new generation i10 has already scooped nine awards including What Car? Best City Car for the second year running and the Scottish Car of the Year title in 2014.

Order books for the new generation i10 Premium SE are open now.