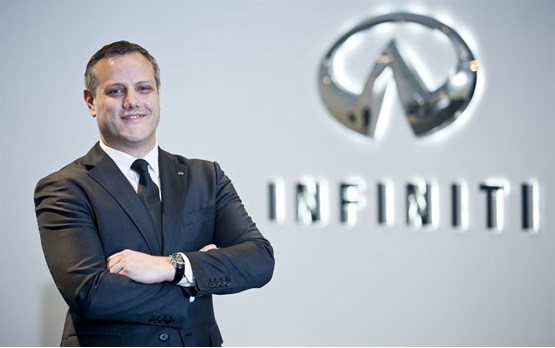 Infiniti GB has no current plans to work with new dealer group partners for the five of its 11 UK car dealership locations it had to take operational control of at the end of last year.

The Japanese premium brand challenger created its own retail group after parting ways with Middle-eastern backed Rymco UK and Mana Premier Automobiles at the end of 2014.

Carl Bayliss joined Infiniti as its new regional director for the UK in January just after the brand made the decision to create the retail group after taking over from Steve Oliver who left the company to pursue other opportunities.

Bayliss said: “We’ll use the retail group to reach critical mass for the network in the UK.

“We have independent partners too like Glyn Hopkin and we’ll continue to add more, but we’re going to use the retail group to build on as a centre of strength.”

Rymco and Mana Premier both ran standalone dealerships, which would have had large overheads and small sales and service databases, compared to German premium brand rival dealers.

A spokesman for Infiniti said the brand parted ways with Mana Premier and Rymco because attention of both the Lebanese parent-companies that funded them had been taken away from their UK operations to focus on their domestic “mothership”.

Bayliss said he would consider multi-franchising for future locations in the UK and could even pair up with Renault/Nissan alliance dealerships where it made sense to do so.

Bayliss admitted Infiniti is still in its infancy as a brand in the UK but it is building on progress after nearly doubling its sales volumes last year, registering 746 units, compared to 386 in 2013.

Infiniti will naturally grow more volume with more products coming through to the UK.

The Q30 will give Infiniti a challenger model to the BMW 1-Series, Audi A3 and Mercedes-Benz A-Class and it will join a core model line up of the Q50 and QX50. Production versions of the new Audi Q3 rivalling QX30 small crossover concept and a next-generation Q60 sports coupe have also been confirmed for the UK.

While Infiniti is slightly behind where it was last year year-to date in terms of registrations (79 units vs 82 in 2014) the brand will be hoping it can deliver a strong March plate-change performance to set it up for the rest of the year.