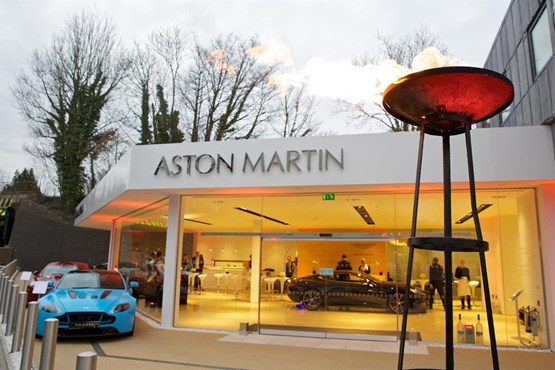 The site, which is close to both the M40 and M4 motorways, is HR Owen’s second Aston Martin location in the UK.

Mamad Kashani-Akhavan, chief executive of HR Owen, said: "We pride ourselves on selling the finest cars in the world, and the chance to sell more Aston Martins is an opportunity we’re delighted to have been offered.

"The performance of our existing business at Cheltenham, and the loyal customer base we’ve built over the years, is something we intend to replicate at our Reading site."

Marcus Blake, Aston Martin’s general manager for the UK and South Africa, said: "Aston Martin strives for the highest quality in its sales and aftersales teams and this location will continue to deliver the exceptional service our customers demand. HR Owen’s decision to extend its involvement with Aston Martin underlines their commitment to our brand."

The team at the new facility is led by general manager Claus Andersen. Master technician Steve Bolland heads up the workshop team and has worked with Aston Martin since 2001.

The site at Pangbourne already has Lamborghini and Bentley showrooms.