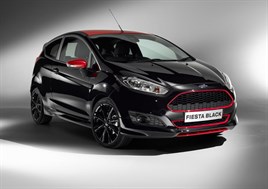 Ford Motor Company is celebrating the five-millionth fuel-saving EcoBoost petrol engine rolling off the line, since the engine range was launched in 2009.

First introduced in Europe in 2010, models equipped with the EcoBoost engine accounted for one in four new Ford vehicles sold in the region. The most popular was the 1.0-litre EcoBoost, which in 2014 also was the first engine to be named as International Engine of the Year, three times in a row.

Vice president of product development at Ford of Europe, Joe Bakaj, said: “Ford EcoBoost delivers great performance with lower fuel bills, a recipe which is proving incredibly popular with consumers in Europe and around the world. EcoBoost engines have proved a game changing technology that are attracting new customers to the Ford brand every day.”

EcoBoost engines combine power with fuel efficiency through direct fuel injection, turbocharging, and variable valve timing. Available in Europe in the Fiesta Red and Black Edition models since last year, Ford’s 138bhp 1.0-litre EcoBoost is the most powerful 1.0-litre volume production car engine ever, according to the manufacturer.

EcoBoost technology also powers the all new Ford Mustang – the new 309bhp 2.3-litre EcoBoost engine accounted for half of all models configured online during Mustang’s first month available to order across Europe.