Was this article useful?
15 people found this useful
17 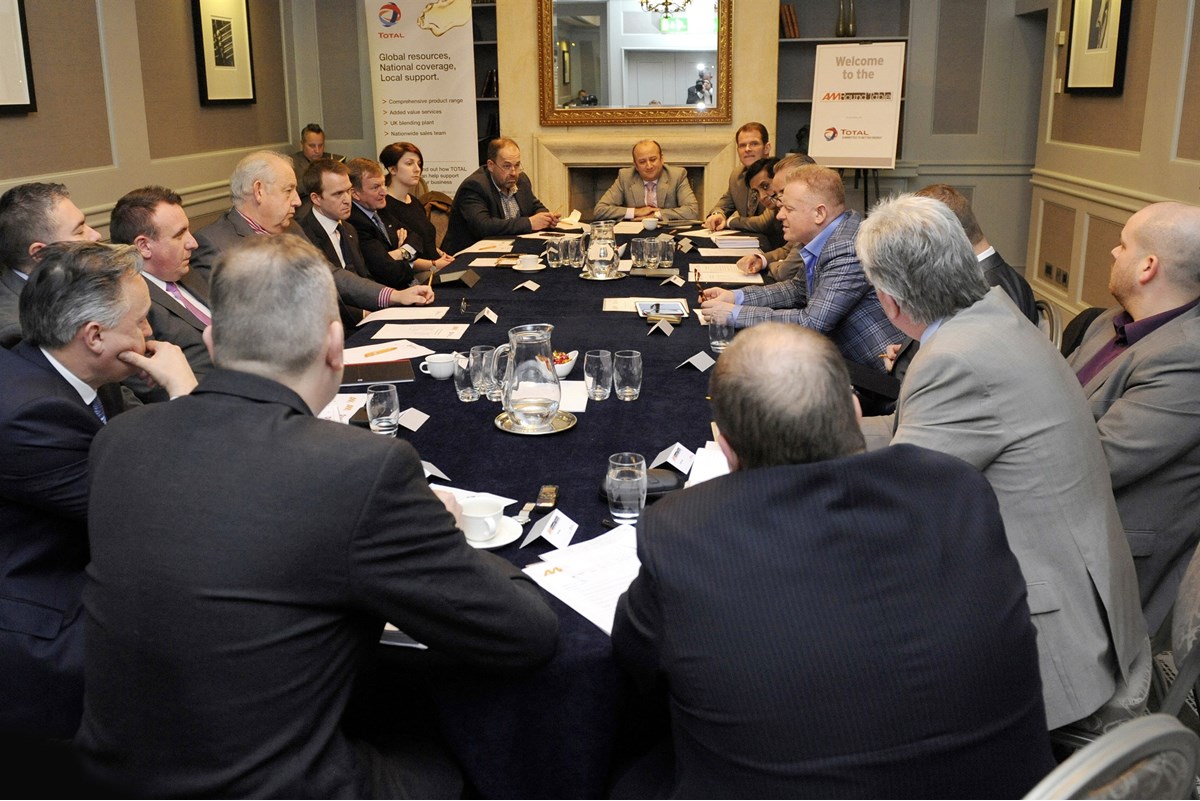 Delegates at a recent AM Round Table, held in conjunction with Total Lubricants, reported that consumer demand for new cars had been strong in the first three quarters of 2014, but has tailed off since, leading to considerable dealer pre-registration activity in order to achieve volume-related bonuses. Registrations to private buyers since the start of 2015 are down year-on-year.

Manufacturers have also ramped up the volume of rental and demonstrator registrations to maintain market share and to absorb excess production, while the sterling exchange rate remains strong, and dealers fear their own businesses will suffer from the depreciating impact this has on their nearly new cars, demonstrators and used car stock.

“As soon as the retail market is seen for what it really is, their targeting is going to be unsustainable,” one dealer said. Others said there are already brands planning to revise dealer targets upwards, and some carmakers had asked dealers to pull their orders forward. “Every single month is being mortgaged,” one added.

Another dealer boss said: “Manufacturers are playing on a different wavelength to the real market, and they won’t listen and they will not reduce targets, they have their volumes to push into the UK, end of story, and there’ll be no sympathy from the manufacturers.”

'Manufacturers are using the UK to take extra production'

Delegates said manufacturers’ constant obsession with growing market share cannot continue. Craig Fraser, operations director at Harratts Group, said: “This continual growth aspiration is artificial and if that continues there will be a big fallout.

“Now there is a lot of uncertainty in the world and the UK is a safe haven, so all the manufacturers are using the UK to take extra production and we’re at the end of that. I think we need to be strong and say it can’t continue. It can’t go on forever.”

However, delegates felt the franchised networks lacked the ability to challenge effectively. The National Franchised Dealers Association (NFDA)  publicly supports the monthly SMMT registrations statements rather than signalling the underlying dealer sentiment, and manufacturers have greater control than ever.

“In the past we had dealer councils that could have a strong discussion with the manufacturer, but we don’t have that anymore, and there have been the changes to Block Exemption as well,” said John Clark, chairman of John Clark Motor Group.

“Another issue the manufacturers are missing is a reduction in the dealers’ return on investment due to the development, redevelopment and remedial works we’re all engaged in to make premises bigger and bigger in order to cope with the volumes they perceive as being part of their future. It doesn’t work, it can’t work in the long term, unless the market is sustained. The problem is that for the manufacturer to reduce targets is seen as a sign of weakness.”

Dealers accept they are in the hands of their franchisor. “As a franchised dealer we’re controlled by the manufacturer. If we’re making too much they squeeze us a bit harder, if not making enough they relax it. Just at the moment they’re forcing what they want and they know everybody has made money so they can stand it,” said Luscombe Group managing director Robin Luscombe.

He said an upside is that the incentives for the consumer to buy a new car have never been better, because the strength of the exchange rate allows manufacturers to make significant contributions to the deal.

Ray Sommerville, chief executive of Perrys, said volume targets are driving down the margin, and it is vital to set out the stall in the first month of the quarter and dealers have to do the “skinny deals” early on to get on top of their targets.

Swansway director Peter Smyth said it is difficult for dealers to know if they’re making money until the end-of-quarter bonus.

Delegates discussed whether an increasing car parc was benefiting their aftersales profits. Some, like Luscombe, said they are seeing growth in aftersales, but others questioned the impact on their workshops’ recovery rate of being pushed by manufacturers to offer cheaper service deals.

Fraser said manufacturers’ involvement in service plans is diluting the dealers’ margins, yet helps them sell their OE parts, and now finance volume bonuses have changed.

“Gradually, with what’s happening to a lot of these ways of making money, we need to reinvent ourselves,” he said. Much of the success is dependent on which brands dealers have, he said. Luscombe agreed, adding that there is a lot of new product coming to look forward to.

Clark said the market conditions are not doom and gloom, but they are challenging.

It was a view echoed by Daksh Gupta, chief executive of Marshall Motor Group. “If you’re a privately owned group, are you going to risk what you’ve invested? You can’t. But most of us are entrepreneurial people, so we adapt.”