Why the new Bentley SUV needed a new corporate identity

Was this article useful?
5 people found this useful
9 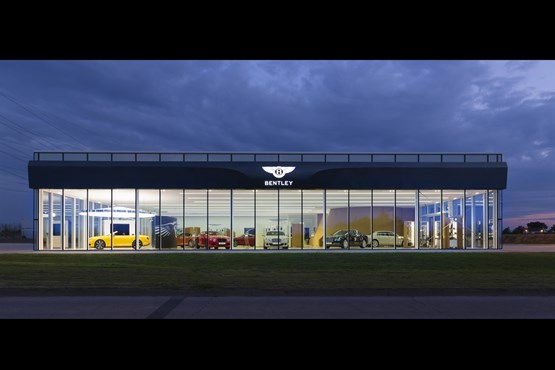 Twelve years on from its last corporate identity change, Bentley is re-vamping its 22-strong UK dealer network in anticipation of its leap into the SUV market.

That last upgrade, in 2003, marked a big change for the British luxury automaker. It introduced the Continental GT, its ‘more affordable’ Bentley and a modernised CI, both designed to appeal to a broader audience.

While the brand retained its appeal to its traditional ‘chairman of the board’ customer base, the introduction of the Continental GT started to draw new, ‘hip’ customers. Younger wealthy entrepreneurs, sports stars and celebrities, some of them women, were enticed to buy Bentley in greater numbers than ever before.

“Bentley customers are truly varied, from entrepreneurs in Palo Alto to Her Majesty, the Queen,” she said.

“With our current model line-up we are certainly seeing the brand attracting a younger customer today than ever,  fuelled by the fact that the number of young millionaires and billionaires is growing, particularly in places like China.”

Fast forward to 2015 and the luxury carmaker is taking similar steps, but this time the vehicle so eagerly awaited by its retail network is the Bentayga, Bentley’s first SUV, which will reach showrooms next year.

Bentley has built a new site at Crewe, called CW1, to the new CI standards currently being rolled out across the dealer network. It serves as both a showroom and as a hub for dealers, with training facilities and meeting rooms on site. Factory tours are available to all customers, who are encouraged to relax afterwards in the CW1 area, which is open to the public from Monday to Thursday 9-5.

Visitors to CW1 are greeted by a neutral, contemporary, welcoming space that incorporates subtle nods to the brand’s traditional vision and values.