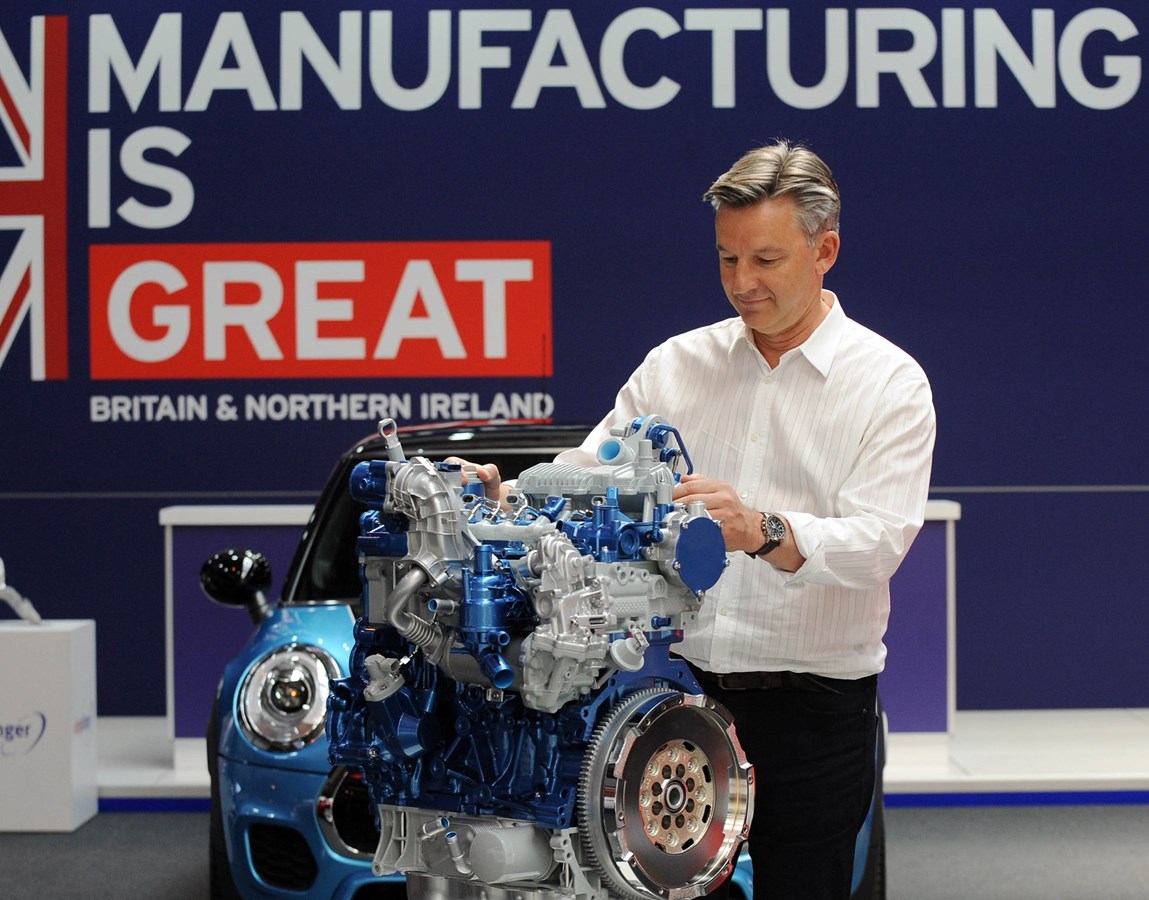 A new report into the UK aftermarket shows franchised dealers charge on average 65% more for parts than the independent sector, with the labour rate also much higher.

In the first official industry analysis of the UK automotive aftermarket – published today by the Society of Motor Manufacturers and Traders (SMMT), also reveals that UK consumers spend an average £695.39 on car maintenance every year – some 12% higher than the average global spend per car of £621.62.

British cars are among the best maintained in the world, with UK motorists spending a collective £21.1 billion a year on servicing and repair.

The report, ‘The importance of the aftermarket to the UK economy’, was commissioned by the SMMT from independent research consultancy Frost & Sullivan,

Similarly, the average hourly labour rate is 45% lower in the IAM.

“These differences are mainly due to the higher property overheads and restrictions in part options in the franchised network.

“IAM workshops and parts sellers compete on the asis of price, choice and convenience.

“Some independent companies specialise in particular areas, such as electric or hybrid vehicles, and this approach is expected to be a key source of competitive advantage for the IAM sector in future.

“Franchised networks, on the other hand, tend to highlight customer and brand experience.”

Price of the top four parts and labour in the IAM vs. franchised network 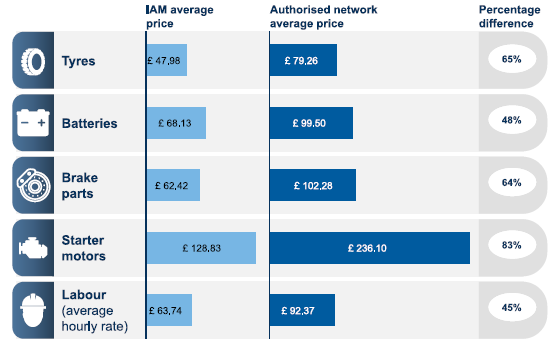 The SMMT report also states that compared with other markets there are fewer cars in disrepair, generating excess pollution or needing new brakes on British roads.

There are more than 42,500 vehicle service and repair locations of all types in the UK.

The report says that with a strong franchised dealer network and the largest share of work carried out by independently owned businesses in Europe at 64%, it offers consumers “a wide choice of where and how they have their cars serviced – and how much they spend”. Parts and labour costs at independent outlets can be up to 65% and 45% lower respectively (see below).

The report also reveals the significant economic contribution made by the UK automotive aftermarket, which delivers an annual £12.2 billion direct to the UK economy and supports more than 345,000 British jobs.

The report’s findings come as the first ever Automechanika aftermarket trade show in the UK opens today at Birmingham’s NEC.

Mike Hawes, SMMT chief executive, said: “The UK’s aftermarket is one of the most competitive in the world and plays a critical role in keeping Britain’s 30 million-plus cars3 roadworthy.

“Robust competition and a strong independent sector have helped reduce the cost of vehicle ownership in the UK and provided greater choice to consumers.

“For this growth to be sustained, however, the sector must stay abreast of evolving vehicle technologies and changing mobility patterns.”

The UK aftermarket is already the fourth largest in Europe by car parc size, with more than 30 million vehicles in use requiring regular servicing and maintenance work, and it is set to overtake France to take third place by 2022.

By the same measure, it is also the eighth largest sector of its kind in the world; bigger than those in Brazil, Korea, Canada, and even India.

The report calls for a greater emphasis on investment in skills and equipment to ensure the aftermarket responds to increasingly complex vehicle technologies, as well as maintenance of competition regulation to ensure consumers continue to benefit from choice, convenience and competitive prices.

Opening today and running until Thursday, the first ever Automechanika Birmingham will see thousands of investors and buyers visit more than 550 aftermarket and supply chain companies at the NEC.

Of the 15 Automechanika trade shows that now exist worldwide, Birmingham’s event is set to be the second biggest debut behind only that of Frankfurt’s flagship show.

> Read ‘The importance of the aftermarket to the UK economy’ (pdf)