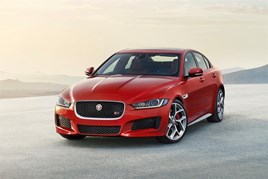 Jaguar Land Rover (JLR) has signed a letter of intent to build a new factory to expand its volume of European production with a new plant in Slovakia.

JLR has not confirmed what models will be produced at the new plant but has said it will boost its total production by an extra 300,000 vehicles over the next decade. It is anticipated that the first cars will come off the production line in 2018.

A final decision on whether the new factory will be given the go ahead is expected later this year.

A statement from the company said the UK is still the “cornerstone” of its business and will remain at the centre of JLR’s design, engineering and manufacturing.

“As well as creating additional capacity, it allows us to invest in the development of more new vehicles and technologies, which supports jobs in the UK”

The new Slovakian factory would support JLR’s other global production sites in China, India and one that is currently under construction in Brazil.

According to data from the Society of Motor Manufacturers and Traders (SMMT), Jaguar registered 18,401 units in the UK last year and Land Rover registered 56,200, making a combined total of 74,601 units.

Even with Jaguar's planned doubling of UK volumes to close to 40,000 units the brand would still need a much higher volume coming into the UK in order to truly compete with premium German rivals Audi, which posted registrations of 158,987 units in the UK last year. 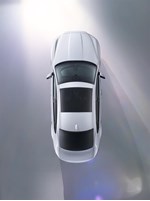