Only VW involved in emission test rigging says the SMMT 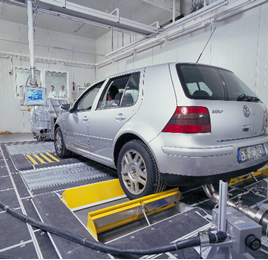 The rigging of vehicle emissions is the action of one company and no other manufacturer is implicated, says the Society of Motor Manufacturers and Traders regarding the Volkswagen testing issue.

It also sought to reassure UK customers of the standard of emission testing for cars sold in the UK.

In a statement released yesterday afternoon, the SMMT said: “The UK automotive industry understands the concerns consumers may have following the actions of one manufacturer in regard to emissions testing and the subsequent decision to recall a large number of its cars.

“This is, however, an issue affecting just one company and there is no evidence to suggest that any other company is involved, let alone that this is an industry-wide issue.

“Consumers should be reassured that cars sold in the UK must comply with strict European laws.

“All cars must complete a standard emissions test, which, unlike in the US, is independently witnessed by a government-appointed independent agency.

“On the separate on-going debate about real world testing, industry accepts that the current test method for cars is out of date and is seeking agreement from the European Commission for a new emissions test that embraces new testing technologies and which is more representative of on-road conditions.”

In the US, the official tests are carried out by the manufacturer and not witnessed by an independent third-party as they are in the EU, the SMMT points out.

The results are submitted to the US Environmental Protection Agency (EPA), which decides whether to accept them or test the vehicle itself.

The next stage of EU emissions standards will incorporate real-world driving.

“The industry is seeking agreement from the European Commission for a new emissions test that embraces new testing technologies and which is more representative of on-road conditions,” said the SMMT.

"What the issue has done is to bring to the forefront the need for changes to existing test procedures," he said.

"Current testing methods are outdated and offer room for error or optimisation, so it’s imperative that industry, governments and regulatory bodies work together to find the best way forward.

"Ideally we need to move towards a testing model that’s based on real driving emissions, carried out with vehicles operated on normal roads.

"This should be followed up with in-use compliance testing, whereby a sample of vehicles already in use are tested to check they still comply with the emissions limits."