According to the YouGov poll, Toyota is now percieved as better than Volkswagen for quality in the UK. The results show Toyota also now has a better reputation for quality compared to VW in Germany.

However, the gap in perception is the smallest in Germany, followed by the UK and then the US.

New figures released by Toyota confirm that it sold more cars than Volkswagen in the first nine months of 2015, making it the largest car maufacturer in the world

Toyota reported sales of 7.5 million cars in the first three quarters of 2014, compared to 7.43 million of Volkswagen and 7.2 million sold by General Motors.

YouGov interviews "thousands of people from its panel of 2.5 million people worldwide online" to collect its BrandIndex data that it says is representative of adults in each country.

A spokesman for YouGov said: “The challenge for Volkswagen is how it goes about restoring its brand across the world.”

Toyota suffered blows to its reputation in 2009 when it had to recall 11 million vehicles worldwide, but has clearly regained its reputation. 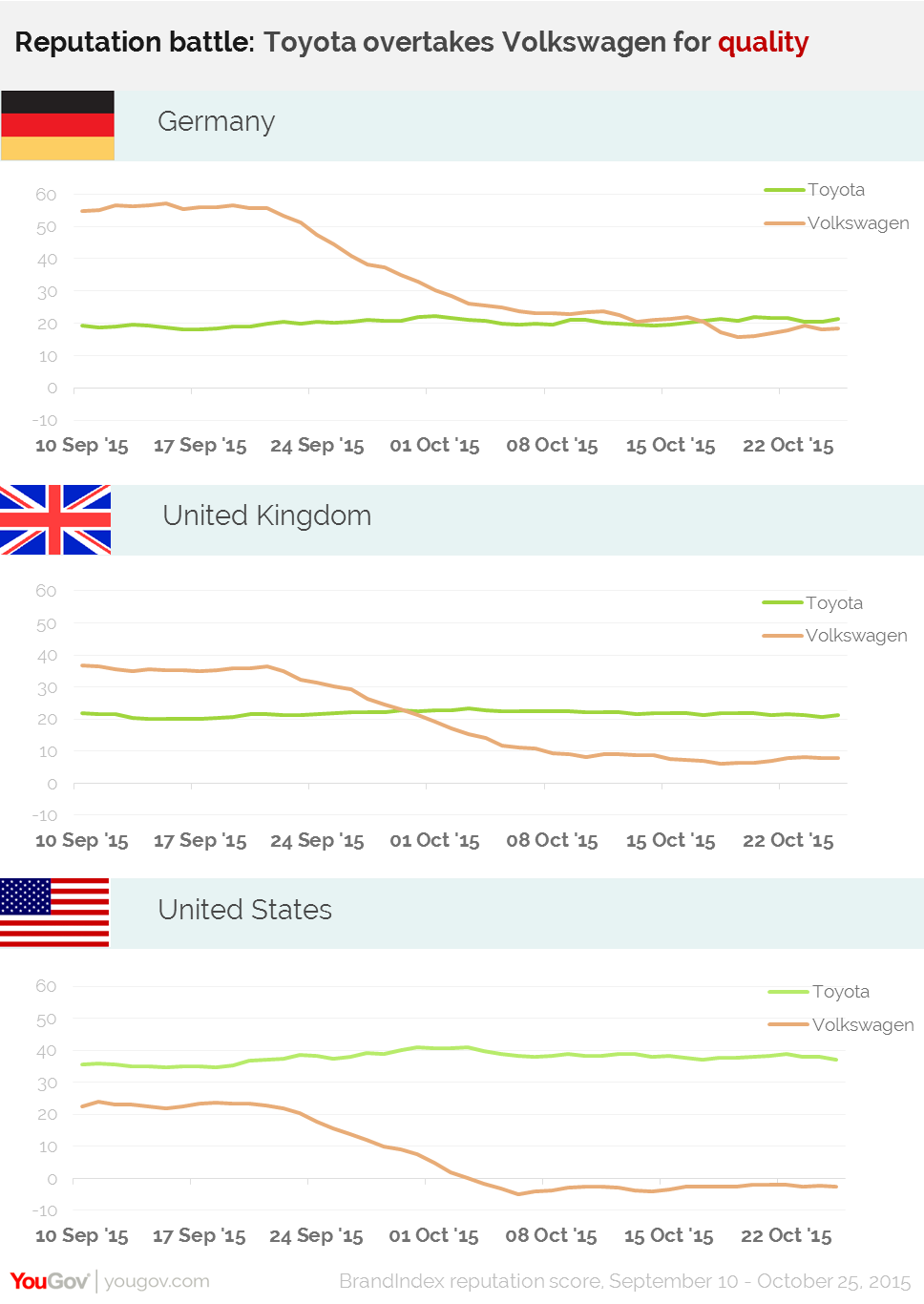