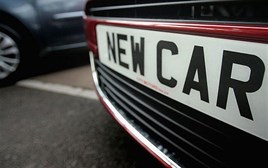 New car registration figures have fallen for the first time in 43 months. October’s figures, published this morning, show a 1.1% decline.

Mike Hawes, chief executive of the Society of the Motor Manufacturers and Trader, said, “The UK car market has gone through a period of unprecedented growth and, so far, 2015 has been a bumper year with the strongest performance since the recession.

“As expected, demand has now begun to level off but the sector is in a strong position, as low interest rates, consumer confidence and exciting new products combine to attract new car buyers. The current full-year growth forecast remains on track.”

The SMMT tweeted that the market had “stabilised”.

October alternatively fuelled vehicle volumes were up by 13.8%, reaching 3% of the total market for the first time.

The biggest losers were:

> Seat - registrations down 32% in October

Volkswagen registrations were down 10% and Skoda 3%.

Stability was also the tone of the National Franchised Dealer Association's comment.

Director Sue Robinson said: "”Following over three and a half years of growth, the October market has stabilised after last month’s 65-plate change.

"As 2015 draws to a close, we are still seeing a strong market but as expected the market is beginning to slow down as we enter the final few months of the year.

“Low interest rates, consumer confidence and new products combine to attract new car buyers. The current full-year growth forecast remains on track, and we are encouraged that the growth and stability of the market will continue through the remainder of the year.” 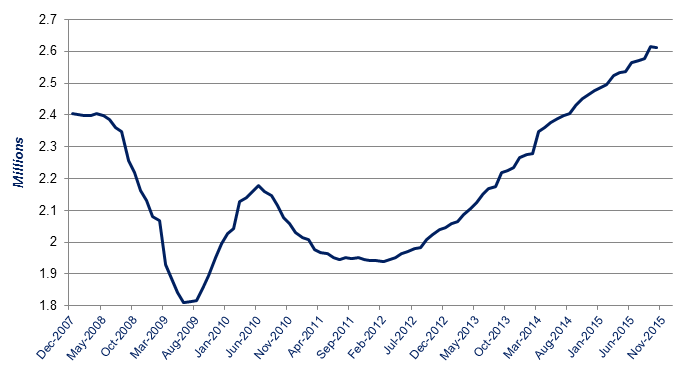 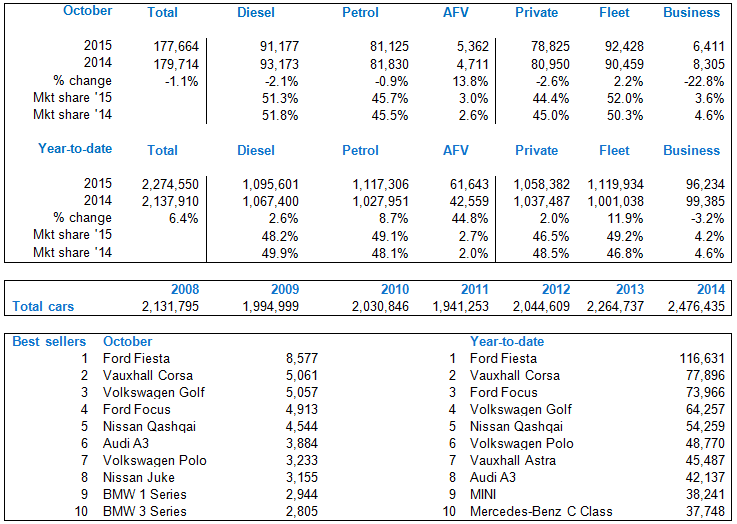 > Detailed figures on October registrations from the SMMT

> October and historic registration figures by brand at AMi