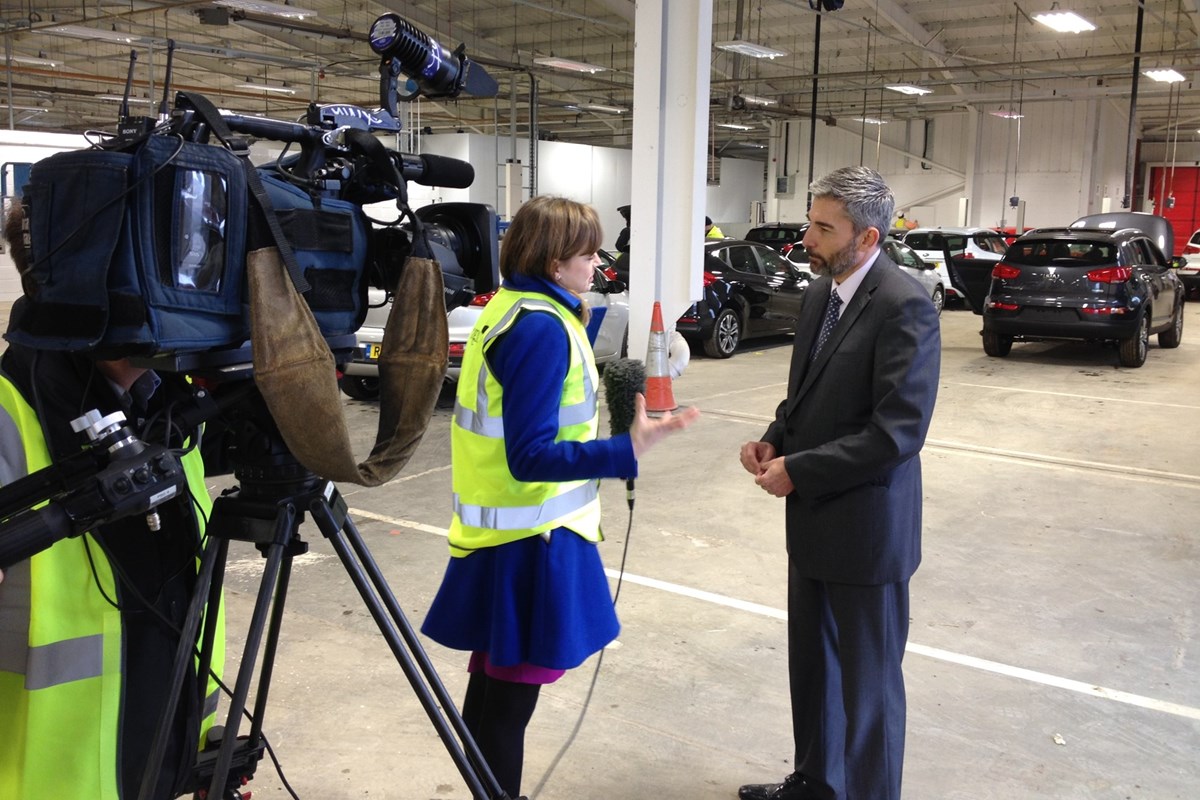 Kia Motors UK and Paragon have unveiled the £20 million distribution and defleet operation that will boost the Korean brand’s capacity as it eyes 100,000 sales on British shores.

Up to 15,000 cars can be stored at any one time within the confines of the new facility at Stallingborough, near Grimsby, which will serve as a centralised location for all Kia imports and the brand’s UK defleet operation for approved used cars.

Logistics firm Paragon has added 50 new employees to its Humberside workforce to in order to create a 150-strong team which will be responsible for carrying out PDIs and carrying out checks and repairs to defleeted cars under 18 months old to make them ready for resale in Kia dealerships with a top-up of their seven-year manufacturer warranty.

Mark Hindley, Paragon’s business development director, described the operation as a “state of the art centre of excellence” that would set standards for the rest of the automotive sector.

Located just one and a half miles from the docks at nearby Immingham, which will receive Kia vehicles imported from Korea on 250 metre-long vessels from Korea and from Korea’s manufacturing plant at Zilina, Slovakia, via Germany, on smaller ships, the site is the result of a ten-year agreement between Kia Motors UK and Paragon.

Hindley said: “This really is the start of something very important to Paragon and to Kia.

“The fact that this is the start of a ten year relationship means that it is a project that we have really been able to invest heavily in and plan for the long term.

“Gaining the land for the project was a big undertaking for us and the process did take time, but we have a sizeable site already and there is a further 40 acres to move into if – as we fully expect – Kia realises its growth plans.”

An indoor workshop which will regularly service 40 to 50 cars through inspection bays, a paint bay, smart detailing and a considerable parts stock is central to the new site.

But Hindley is most proud of a state-of-the-art Radio Frequency Identification (RFID) system, developed by Paragon, which will track cars from the ship to the dealership.

He said: “As soon as a car comes off the ship a RFID tag is placed inside and from that point on we know exactly where the car is and where it is destined.

“All the details are logged onto a CMS system which means that dealers can also see where the car is and track its progress.

“For us, RFID is a huge development. It eradicates the risk of lost cars and means that, right away when a car arrives, we know whether is it a customer car that needs to turn right for PDI checks or can turn left into the longer term storage area.

“It’s a system that will mean great efficiency gains and allows everyone to remain informed about the progress of a vehicle.”

Yaser Shabsogh, Kia Motor UK’s commercial director, said: “It was hugely important that we invested in new infrastructure to support our plans. We want to and we need to grow and a facility like this allows us to do that.

“Last year we introduced one all-new model, the Sorento. That is a large SUV and while it doubled sales that was still only a rise of 3,000 to around 6,000 sales.

“We are about to enter our next big step in volume terms.

“In February there is the launch of the new Sportage and then, also this year, the Optima Wagon. Next year we’ll see the new Picanto and Rio and we are preparing to increase our involvement in hybrid drivetrains also. These are areas where large sales gains can be made.

Paragon also holds a distribution contract with Volvo near to the new Kia facility and will process around 150,000 cars from the Immingham port.

Its largest operation lies in Bristol, however, where around 400,000 vehicles are processed each year.

Hindley said that the business’ CEO Ian Carlisle – who took up his post in July last year – is implementing a ten year plan for the business with plans that should see its turnover rise from £140 million today to around £200 million in four years time.

He said: “Our plans are ambitious but we see growth emerging in certain areas and we are well placed to take advantage of that.”