British car manufacturing achieved another month of strong growth in February with output up 13.1% year-on-year and 10.6% year-to-date, with 284,507 vehicles built do far.

Output for the domestic market rose 24.4% in the month, accompanied by a robust 9.1% increase in export production, the SMMT reported.

And Hawes said: “The UK automotive industry’s impressive growth continued into February, with demand from both domestic and overseas customers showing no signs of slowing.

“The outlook for the sector is bright, but much will depend on global political and economic conditions in the months and years to come.”

Stuart Apperley, director and head of UK automotive at Lloyds Bank Commercial Banking, said that Nissan’s decision to manufacture a new driverless Qashqai in Sunderland, Aston Martin’s investment in a new Welsh factory and McLaren’s plans for £1bn of additional investment over the next six years had also “buoyed the sector”

He said that the developments were indicative of the underlying confidence in the UK automotive industry, adding: “In the short term that shouldn’t be negatively impacted.”

Apperley said: “The latest updates from some of Europe’s larger carmakers suggest the continuing slowdown in China is beginning to weigh on their performance, with BMW among those reporting declining sales in the country.

“However, sales figures from several of the UK’s leading automotive exporters have so far proved more robust, suggesting demand in the world’s largest market for marquee British car brands is holding up reasonably well.

“That is important as it should ensure UK manufacturers continue to focus on the long-term outlook – which remains positive – with the requisite benefits that will bring to the wider economy.” 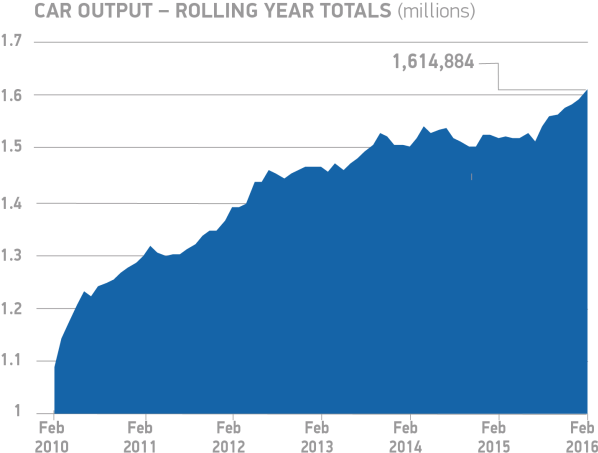