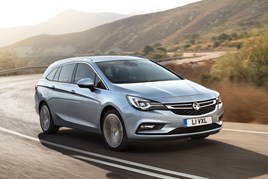 "We at Opel strongly believe that the industry has to regain trust by increasing the transparency with customers and authorities. Opel takes this step towards RDE to show it can be done”, said Opel Group CEO Dr. Karl-Thomas Neumann.

“We announced in December in which direction we are going; now we are delivering the details. I ask the European Union as well as the EU member states and other European countries to accelerate alignment on test set-ups and test interpretations on real-driving-measurements to stop the existing uncertainty caused by test results that are hardly comparable.”

According to EU plans, the “New European Driving Cycle” (NEDC) will be replaced starting in 2017 with the more modern standard “Worldwide Harmonized Light Duty Vehicles Test Procedure” (WLTP). The WLTP is important to maintain standardized, reproducible and comparable results.