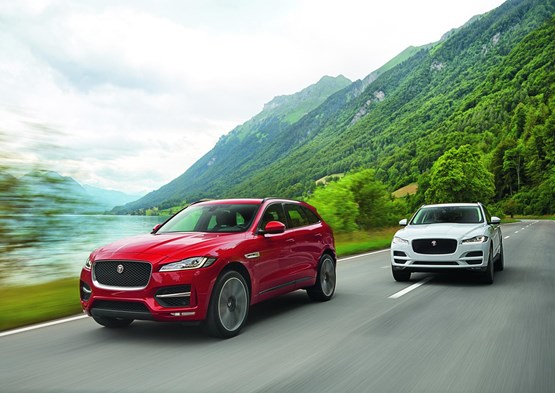 Jaguar retailers could be approaching a “turn in the road” with the first full-year of XE sales and the F-Pace SUV set to transform their fortunes after a year when the average dealer made a loss.

Jaguar Land Rover UK managing director Jeremy Hicks admitted in an interview with AM that, while Land Rover dealerships had been yielding “industry-leading returns” for their operators during 2015, Jaguar retailers had endured a “tough year”.

Investment in JLR’s ‘arch’ concept, which Hicks said would bring the two brands under the same roof at three-quarters of sites by the end of 2018, and a period of model transition have been key factors.

But with over 10,000 XE deliveries in 12 months and the arrival in showrooms of the new F-Pace SUV, Hicks told AM that things were about to change.

He said: “For Jaguar we are turning a corner in the road. Last year was a tough year for the retailers because they were preparing themselves for growth, investing in their facilities and people.

“It has been really tough for Jaguar dealers because most of the product development has been focussed on Land Rover so far.

“The Land Rover dealerships have had a fantastic year. They’re achieving industry-leading returns.

“On average Land Rover dealerships made £1.4 million. The average Jaguar dealer lost money last year and nobody likes to see that, even as we expected it as they preparing to grow.”

“In 2015 we were running out XF and running in XE and preparing for F-Pace.

“I’m confident that 2016 will be the year that those preparations start to return real results in terms of retailers’ sales and profits.

“In the first six months we delivered just over 10,000 XEs, which is really, really strong performance.

“XE is really important for us because we have to be competitive in the compact market. As a result of the strong early sales, we’re already claiming around 20% of that segment.”

Hicks is confident that the trend will continue with the growing popularity of XE and the introduction of F-Pace.

He said: “F-Pace will probably be our biggest seller worldwide – it will be the brand that introduces a lot of markets to the Jaguar brand – but here in the UK the XE will return the biggest numbers.”

Hicks said that F-Pace orders were currently full for the first four months of production, 250 limited-run First Edition models having sold out.

He refused to reveal how many SUVs Jaguar expected to sell each year, insisting that it depended on how many JLR could build at its Solihull factory – a figure he would not reveal.

With Jaguar’s changing fortunes comes a focus on the future.

Hicks said that one of the biggest challenges of the new ‘arch’ concept showrooms was the introduction of high-voltage conduits to “future proof” the facilities for a new wave of EV vehicles.

And he revealed that there was the opportunity to expand the Jaguar network, which currently accounts for 89 of JLR’s 207 UK outlets.

“There are opportunities for us to have a handful of new Jaguar businesses,” Hicks revealed.

“Over a three year period we expect the business to be generating satisfactory returns; £750,000 for Land Rover and £500,000 for Jaguar each year. That’s the right zone.”

Not all JLR’s focus on Jaguar has been about new product, however. Changes have been made in a bid to boost residual values and established an approved used network.

Hicks said: “Last year we introduced a two year warranty on our used cars and that has had a marked impact, along with our guaranteed multi-point checks and roadside assistance. We’ve also put our support behind regular used car sales events.”

With JLR sales currently heading in one direction such measures are key as dealerships aim to make gains from their used car operation and aftersales as the brand’s car parc continues to swell.