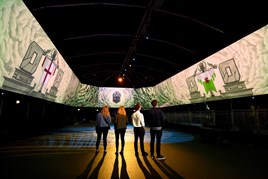 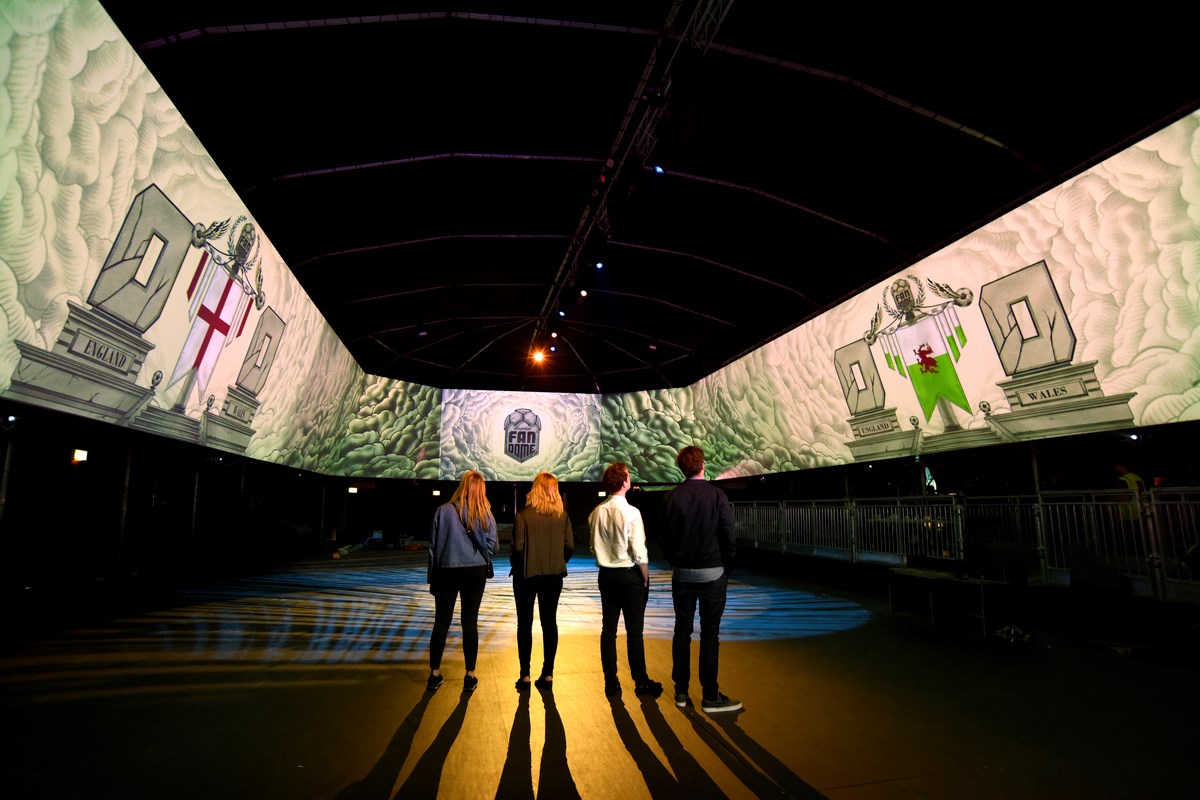 Hyundai Motor UK is launching a one-of-a-kind ‘FanDome’ experience in King’s Cross which will host 45,000 guests across 45 games of UEFA EURO 2016.

Football fans are being encouraged to apply for free tickets for the chance to experience football through a world-first live reactive 360-degree audio-visual experience.

The Hyundai FanDome instantly reacts in real time to the action in live matches with everything from goals scored, red and yellow cards, penalty shootouts, national anthems and even injury time triggering an “immersive audio-visual response”.

A system of giant 360-degree screens surrounds the entire interior of the FanDome.

Four metres high and the length of a football pitch (91 metres), this custom built display encloses fans in a stylised world of football. Innovative 16-projector display screens made up of 36.8 megapixels will also allow fans to see every blade of French grass on every pitch.

The ‘football heaven’ will feature actor and former Wales international player Vinnie Jones and his on screen team of ‘cherubs’.

The animations will raise anticipation ahead of each match, opening the gates of ‘football heaven’ and reacting to key match moments. The cherubs will wheel in cannons and playing tubas as they celebrate live match successes and see them hiding in the clouds to avoid the Grim Reaper if a red card is shown.

Visitors will be given infrared LED wristbands in key matches that will be stimulated by live elements in the game, according to which team they are supporting. In certain matches a scent of cut grass will be dispersed throughout the FanDome.

Vinnie Jones said: “It’s the next best place to watch the Euros if you can’t be there in person.

“What Hyundai has done here with the creation of the FanDome is really innovative and puts the fans first. I’m always keen to give back and continue to be involved in a sport I’m so passionate about.”

Guests attending the Hyundai FanDome will also be in with a chance of winning one of three pairs of tickets to the UEFA EURO finals. Each winner will also receive hospitality, accommodation and travel costs alongside their tickets.

The Hyundai FanDome will broadcast 45 matches from the first group stage match today up to the final, to be held on Sunday, July 10.

All guests will be encouraged to make a small text donation of £2 to Hyundai Motor UK’s official charity partner, Street League (Text GOAL25 followed by the amount to 70070).  Street League aims to change the lives of young people through football and to help to put an end to structural youth unemployment in the UK. The charity provides a structured 10-week football and education programme which develops vital employability skills such as communication, teamwork and goal-setting. It also offers nationally-recognised qualifications.