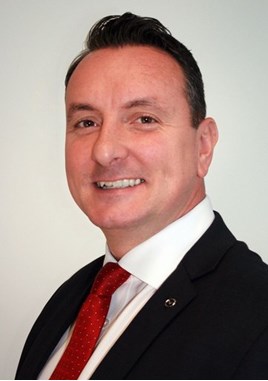 Mazda Motors UK sales director Peter Allibon said manufacturers and dealers must work together to maintain margins in 2017 as he celebrated record profitability within the brand's dealer network.

The Japanese manufacturer recorded 7,189 registrations in September – its third strongest month since the same month in 2010, and Allibon is keen to celebrate the successes of his dealer network.

Allibon said that Mazda had been aiming for a 42% improvement on last September’s sales of 4,950, but eventually achieved a 45% result, ending the month with a 1.79% market share.

Just as important as meeting the target was the improvement in dealer profitability, according to Allibon.

“This isn’t the busiest part of the year that we are moving into but we do have a bonus system which pays out to dealers in mid-December and we are hopeful that this will redress the balance as we get towards the end of the year.

“An improvement in RoS would be a huge boost for our network going into what we fully expect to be a difficult year for the market as a whole in 2017.”

Allibon said that Mazda were currently planning for a number of different scenarios in 2017 and are keen to pitch volumes at a level which will mean that short-term pricing changes are not necessary.

While Mazda is feeling the pinch of the weak pound, with its vehicles imported from Japan and Thailand, it seems that Brexit could present the manufacturer with more favourable trading conditions in the long-term.

Allibon said that the brand is hopeful that the government might be able to negotiate trade tariffs which present more favourable trading conditions than the current 10% import tariff with the EU.

He is in little doubt that dealers will come under pressure as volumes decline in 2017, though.

“There is no doubt that the dealers will feel the brunt of the challenges being experienced by manufacturers in the current economic climate. It will make life tough for many.

“Volumes are going to fall and the emphasis has to be on trying to maintain strong margins. Our dealers are under pressure because we have just embarked on an extensive CI upgrade which represented a considerable investment, so we are trying to support the network however we can.”

Allibon said that the biggest threat to dealer margins as volumes begin to decline could be disruptive new online selling channels.

He said:  “The manufacturers need to be sensible and not put too much product into the market next year. Over-supply means slimmer margins and online retail has only compounded the issue: when a car is advertised online in one area at a heavily-discounted price that soon becomes a national price expectation on the internet.

“If manufacturers are sensible and manage the changing markets volumes well in 2017, it is a situation that can be managed without too much impact.”