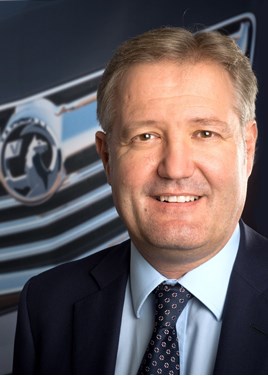 Vauxhall chairman and managing director Rory Harvey has hailed his dealer network as “superb” as he reflected on efforts to restore customers’ faith after recent car fire recalls.

Last year manufacturer issued a recall on 230,000 UK-based Zafira B people carriers after an investigation uncovered that a fault with a fuse resister – compounded in many cases by make-shift fixes – in the vehicle’s ventilation system was to blame for a series of fires.

Last month a BBC Watchdog investigation into fires in a number of Corsa D hatchbacks, resulting from an electrical fault on 1.4 Turbo models produced between 2006 and 2014, provided another headache for the brand.

A recall of 2,676 Corsa D’s had already been issued at the time of the reports, however, and over 40% had received the appropriate fix.

In an interview with AM Harvey said that the brand had done all it could to respond to the concerns of owners and praised dealers for their hand in the operation.

He said: “At this particular point in time we have completed approximately 50% of Zafira recalls which means that we are getting through around 2,000 a day, which is absolutely fantastic.

“We’ve worked with our dealers to ensure that they have expanded capacity and are making the overtime available. This week the remainder mailing for all those who have yet to have their car re-worked.”

Harvey said that dealers had received an “agreed warranty rate” to rework the recalled Zafira Bs and Corsa Ds.

Asked if such situations could be better handled in future, Harvey said that he wanted a greater flow of information from insurrers and emergency services to allow issues to be investigated and identified at an earlier stage.

Harvey said that the brand was currently looking forward to a year which would see the launch of five new vehciles, including the new Insignia Grand Sport, Insignia Sports Tourer, Insignia Country Tourer, and Mokka X and Crossland X SUVs.

It follows a year which should end with the manufacturer having registered around 285,000 vehicles in the UK, including around 58,000 fleet/business/rental sector.

Harvey said that the brand hoped to bring greater “incremental growth” in 2017, with a reduction in rental volumes.

He added: “We are taking steps to increase our incremental sales volume and reduce our rental volume. We need to improve the quality of the business we do and, hopefully, new product will help us achieve that.”

Referring to pre-reg, Harvey said that it was not a practice that Vauxhall “encourage”, but conceded: “It depends where the targets are in the first place.”

Harvey was optimistic about commercial vehicle sales in the year ahead – after 40,000 expected sales by the end of this year – and said that he expected this year’s strong numbers to follow-on.

He said: “This year maybe we could have probably done slightly more volume but we took some strategic decisions on rental.

“Commercial vehicle sales are holding up well and I guess that is a good indicator of the economic climate as a whole.”

Harvey said that production costs had been affected by the currency changes which occurred following the June referendum and confirmed that GM’s European operation was now destined for a $400m dollar shortfall by the end of the year.

Harvey said: “Production hasn’t been impacted at all. We’ll make somewhere in the region of 80,000 Vivaros this year.

“What has been impacted is the cost of goods coming in to the UK. The majority of our components are still brought in to the UK. That’s something we are watching very carefully."

Vauxhall prices went up by 2.5% in October, but Harvey said: “The volatility needs to stop, but we won’t make any short-term. What we don’t want to do is knee-jerk into a reaction if there is a risk that might harm our sales in the future.”