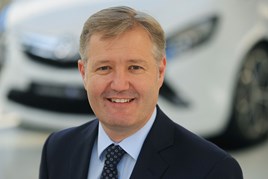 Vauxhall has called for the creation of a vehicle fire database during a meeting with the Transport Select Committee.

Representatives from the brand, called to yesterday's meeting to discuss its handling of recent fires involving Zafira B MPVs and the Corsa D hatchback, asked the Government to help the automotive industry gain access to information about vehicle fires held by insurers.

The Association of British Insurers (ABI) has written to the Transport Select Committee to say that, in principle, it supports the proposal.

Vauxhall believes that by accessing information from insurers, manufacturers may be able to identify potential issues at an earlier stage.

Estimates for the number of vehicle fires vary widely, ranging from 18,000 per year (Auto Express) to 100,000 per year (fireservice.co.uk).

By collecting data from insurers it will be possible to gain a much more accurate picture of the number of fire cases and how they relate to specific models.

A spokesman for Vauxhall said: “Whilst the data will not reveal the causes of fire, it can nevertheless play an invaluable role in alerting manufacturers to potential issues much earlier than is possible at present.

“As Vauxhall’s experience with Zafira B shows, manufacturers have limited visibility of fires in their vehicles. Many Zafira B fire cases, for example, were reported to Vauxhall several years after they took place and only as a result of publicity in October 2015.”

For example, while 166,000 UK-registered Zafira Bs have now had their second and final fix, 55,000 have still not had the work done, despite owners receiving up to seven letters concerning the recall.

These include thousands of vehicles without an MoT and thousands more ‘sold to trade’.

Speaking to AM last October, Vauxhall’s chairman and managing director, Rory Harvey, praised his retail network’s efforts for helping the brand to deal with the fall-out from the fires issue.

He said: “At this particular point in time we have completed approximately 50% of Zafira recalls which means that we are getting through around 2,000 a day, which is absolutely fantastic.

“We’ve worked with our dealers to ensure that they have expanded capacity and are making the overtime available. This week the remainder mailing for all those who have yet to have their car re-worked.”

Harvey said that dealers had received an “agreed warranty rate” to rework the recalled Zafira Bs and Corsa Ds.

Vauxhall says Corsa fire claims made in The Sun are 'wrong'

Vauxhall says Corsa fire claims made in The Sun are 'wrong'