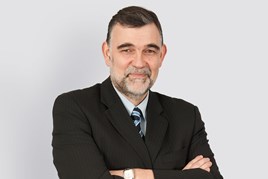 PSA Group has expressed “surprise” at the French Competition, Consumer Affairs and Prevention of fraud department's decision to send findings from its emissions investigation into the manufacturer to the public prosecutor.

The group behind Peugeot, Citroen and DS brands was referred to the body over suspected diesel emissions cheating, but it insisted in a statement that “The Group complies with the regulations in force in all countries where it operates”.

PSA denied that any of its vehicles had ever been equipped with software or devices to cheat emissions tests, adding: “The results of the tests carried out by different European and French authorities have confirmed that the Group's vehicles comply with regulatory tests criteria.”

Gilles Le Borgne, PSA Group’s executive vice-president, research and development, said: "We are surprised by the announcement, particularly as PSA is proud to be the forerunner in the development of pollution-reducing technologies such as the particulate filter and selective catalytic reduction (SCR), as well as the leader in reducing CO2 emissions, and the pioneer in transparency with its customers on consumption in real use.

“As France’s leading car exporter, PSA will therefore fight to defend its technologies, its know-how and its competitiveness in support of French industry."

PSA understands that the DGCCRF's inquiries concern the diesel engines of the old generation Euro5 (standard in force from 2009 to 2015).

However, the tests carried out recently on a Euro5 vehicle by the IFPEN did not reveal any anomaly, it said.

PSA said that its engines are developed with a priority focus on reducing NOx emissions (nitrogen oxides) in urban environments, while offering the best NOx / CO2 balance under extra-urban conditions over a wide temperature range and without any discontinuity.

It also sought to high that it had made the commitment, three years earlier than required, to comply with the real driving emissions (RDE) type-approval requirement that will come into effect in 2020 as part of the future standard. This new procedure will replace the current procedure, which is not representative of customer use.