Toyota has revealed the all-new Corolla Touring Sports alongside a new RAV4 SUV at the 2018 Paris Motor Show.

Both cars are expected in UK dealerships next year and feature hybrid powertrains. 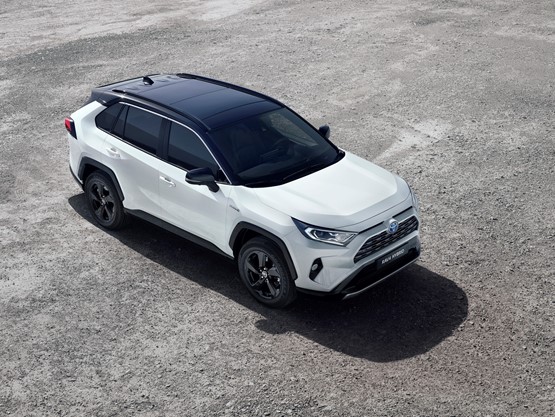 Comfort for rear seat passengers has been improved with more spacious rear foot wells and two air vents. Increasing the opening angle of the rear doors makes access to child seats easier too.

The load space behind the rear seats has been made larger thanks to a fully flat floor and a length extended by 60mm to provide 79 litres more than in the current RAV4.

The new RAV4 will be available with a new 2.5-litre hybrid engine that Toyota expects will achieve 62.8mpg with CO2 emissions from as low as 102g/km. For the driver, the results are better acceleration from stationary, improved efficiency at higher speeds and overall smoother and more linear acceleration.

A new digital rear-view mirror can be used as a conventional, electrochromic auto-dimming mirror, directly reflecting the road and traffic behind the car, or as a digital monitor with a much wider field of vision. 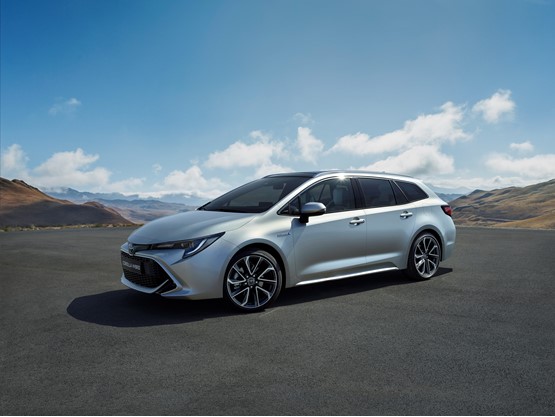 The new generation Toyota Corolla Touring Sports makes its first public appearance at the 2018 Paris Motor Show, joining the Corolla Hatchback that was unveiled in Geneva earlier this year.

The Touring Sports body style, created and developed in Europe, is a key model for fleet sales, commanding a growing share of the market.

Toyota says it has responded to feedback from potential customers who want more power when driving a hybrid car, moving to offer its core models with a choice of two hybrid powertrains.

Both the Hatchback and Touring Sports will be available with a single conventional engine option – a 115PS 1.2-litre turbo petrol unit. The hybrid choices will be 121PS 1.8 litre or 180PS 2.0-litre systems.

The 1.8 provides a low cost of ownership and strong fuel economy, while the 2.0-litre system rewards customers with all the benefits above while also offering a more “energised” drive, with more power.