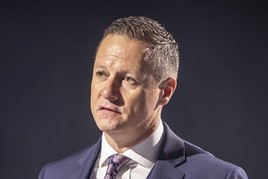 The UK’s new vehicle markets might drop by up to 600,000 sales if the country suffers an economic recession and a hard Brexit, according to Citroen’s boss.

In a frank discussion with AM, Citroen UK managing director Karl Howkins said he fears the country is heading for recession and hard Brexit, and the carmaker’s scenario modelling suggests new car and van sales in the UK will fall by at least 10% and possibly as much as 25%.

That would send the current total industry annual volume of about 2.68m cars and vans down to just over 2m units.

The new car market would be in line with 2008’s recession. Howkins said he does anticipate some dealer failures ahead across the industry.

In the Citroen dealer network there are already vulnerable sites. Average return on sales for the whole network is just 0.1% and half of the dealerships are at breakeven or loss-making. The top quartile is making around 2% return on sales.

For many struggling sites, structural costs or headcount are too high for the revenues they’re able to achieve. “For our dealers to be successful going forward you have to be multi-franchised,” he said.

Citroen has already relaxed some demonstrator requirements and has reduced minimum showroom size to three cars for some locations.

There are many dealers that must raise their game, he said. His frustrations include visiting dealerships where ringing phones aren’t being answered, and customers aren’t being looked after properly.

Some aren’t maximising their opportunities from used car sales either.

“I want dealers to survive,” he said. But Howkins does foresee the Citroen UK network “contracting naturally”.

He said the foreign exchange changes since the referendum on the UK’s membership of the EU have already made new cars more expensive.

The additional costs of a 10% import tariff on cars imported from the European Union would have to be passed on to consumers ultimately, he said, by perhaps a £30-£40 per month increase on a typical three year PCP

"When the monthly price gets too high customers say they can't afford to change," he added.

"The most important thing for us is that, when Brexit happens, we've got to get that price to change competitive."

Citroen dealer morale is low, as evidenced by the recent National Franchised Dealers Association dealer attitude survey, in which Citroen ranked fourth from bottom for overall value of the franchise, with a score of 3.4 out of 10.

Three quarters of the Citroen network took part in the survey.

Howkins said naturally franchisees rate the brand poorly when they're not making much profit.