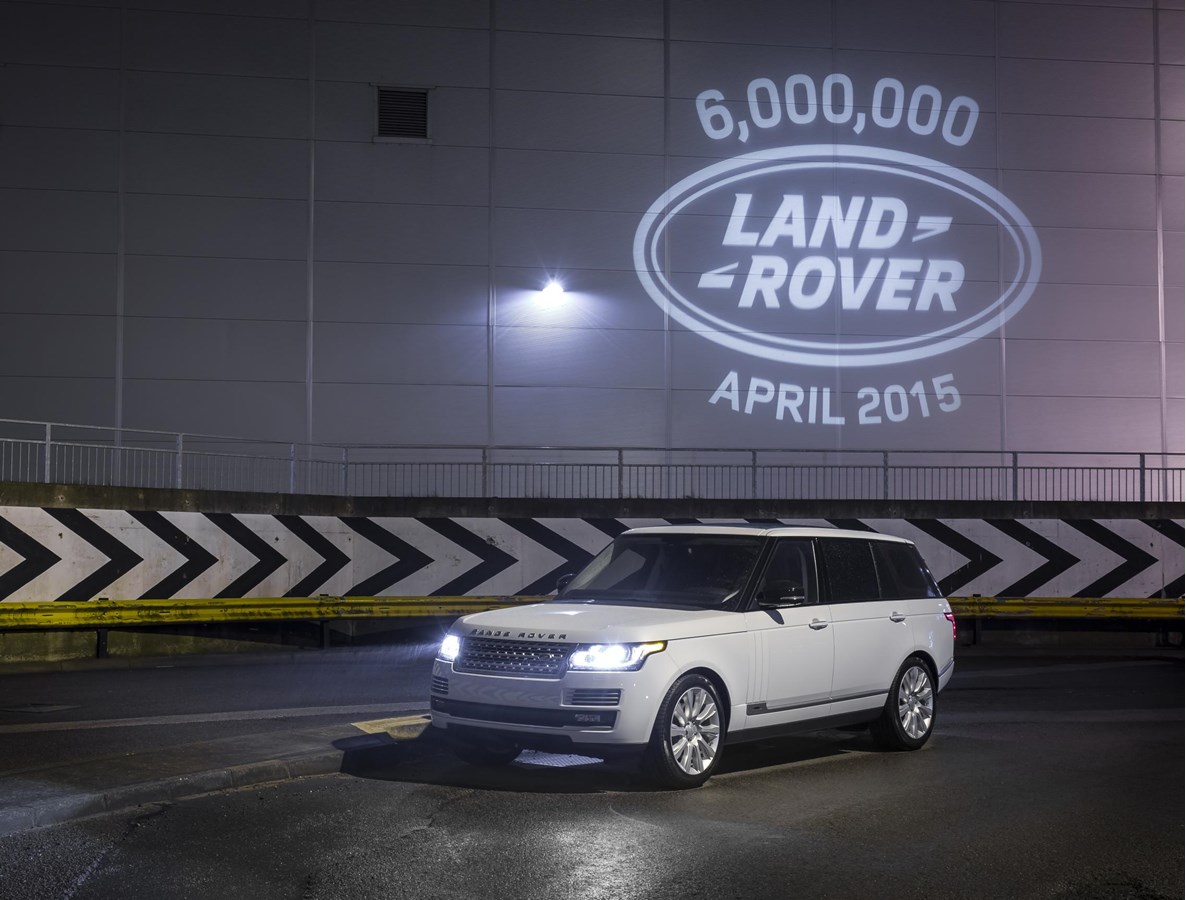 Land Rover is celebrating the production of its landmark six millionth vehicle by giving it a unique design feature.

The completion of a Yulong White Range Rover LWB Vogue SE on April 2 saw Land Rover hit the milestone and, to celebrate, has been fitted with a bespoke puddle lamp graphic to signify its unique status.

The luxury SUV is being showcased at the 2015 Shanghai Auto Show, this week, showcasing its one-off motif, which replaces the standard Range Rover silhouette projected by the vehicle’s puddle lamps. The image is created by an inscribed lens within the door mirror-mounted downlight and displaying the Land Rover logo and landmark figure.

Director of group sales operations at Jaguar Land Rover, Andy Goss, said: “For 67 years Land Rover has been building the world's most capable all-purpose vehicles. Over this period, a range of ground-breaking innovations and technologies have blended great design, refinement and unmatched all-terrain capability.

“It’s fitting that the six millionth Land Rover to be produced is a Range Rover, since this year marks the 45thanniversary of the original Range Rover’s launch and even today, the vehicle remains peerless. With the growth of sales in China since the latest version of the Range Rover was introduced in 2012, it is entirely appropriate that this landmark vehicle is destined for a Chinese customer.”

The six millionth vehicle was built at Land Rover’s Solihull facility, where the company has been producing its world-famous SUVs since 1948 – this month marks the 67th anniversary of the brand. The factory has undergone a significant transformation in recent years, almost trebling production and doubling its workforce.