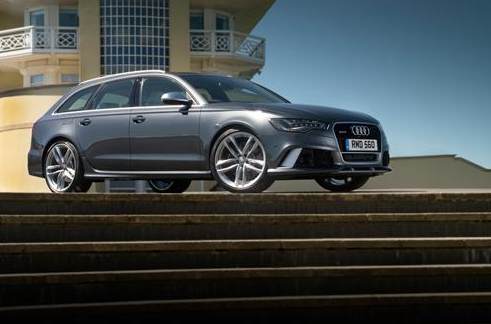 A £100,000 supercar stolen on a dealer test drive in Derbyshire has been found  in Birmingham.

The Audi RS6 belonged to Tom Hartley, based in Overseal,  dealer in high-end luxury and classic used cars.

Thanks to an on-board tracker, the car was found just hours after it had been taken.

Hartley told the Derby Telegraph: "It was a very unusual incident. In my 34 years of selling luxury cars it has never happened before.

"Within our grounds we have better security than many banks have, but we can't take that with us on a test drive.

"Thankfully there was a Navtrack device in the car and it was tracked down within 40 minutes of being stolen.

"The member of staff who was on the test drive is a bit shocked but unhurt."

The theft took place at 4.20pm yesterday and the car was carrying trade plates.