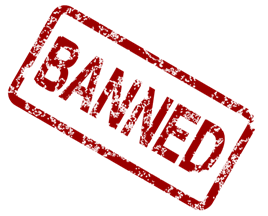 The head of car dealer group The Verve which went bust in 2013 has just been banned from acting as a company director until 2023 because of “dishonest practices”.

The Insolvency Service has ruled that Charles Adair, who was sole director of Glasgow-based Verve since its incorporation in 1998, failed “to control the operation of a company where dishonest practices occurred”.

It said Verve had lied to customers and lenders to generate cash, miss-claimed manufacturer bonuses and discounts, concealed vehicle sales to retain stock funding, dual funded vehicles with manufacturer and finance company credit lines and sold part-exchanges without settling the existing finance agreements on them, resulting in customers and funders being required to pay the due unpaid amounts.

The Verve struggled since 2010, said the Insolvency Service, and went into administration in 2013 after an attempt to sell a Volkswagen Van Centre and clear its liabilities failed. That site was bought out of administration later by Lookers.

However the Insolvency Service investigation found the trail of inaccurate data and false documents was “such that it is not possible to accurately identify the precise loss” and said the vehicle funders have sustained losses estimated at between £5m and £10m.

Between January 2012 and November 2013, 183 vehicles were sold which the company had not paid for.

Adair, of East Kilbride, has made an undertaking, under which he cannot serve as a company director, or take part in the promotion or management of a company, for eight years.

The undertaking does not preclude Adair from facing other civil or criminal actions, should the relevant parties decide to pursue the matter in court.

“In this case, Mr Adair failed to make sure that the necessary controls and procedures were in place to prevent his employees from implementing dishonest business practices. He therefore oversaw an operation that put its (and, by extension, his) interests before that of creditors, suppliers and other parties with which it transacted, including obtaining money by providing false information. Such activity goes to the very core and basis of the economic system.

“Taking action against Mr Adair is a warning to all directors to seriously consider their duties and obligations. They cannot hide behind the excuse that ‘others did something’.”