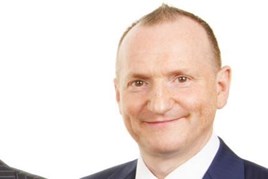 Swansway Garages have done the double-double after its Crewe Volkswagen dealership was named Volkswagen’s retailer of the year and the group was named the manufacturer’s Best Retail Group – for the second year in a row.

Delight and déjà vu overcame Swansway Group director, John Smyth, following the repeat success at the annual One Business Awards. He said: “To do the double once, well, people could think it was a flash in the pan; but, to do it twice, consecutively, shows how consistent we are and illustrates that doing the basics right, all the time, brings its own reward.”

Smyth added: “I’m extremely proud of the team at Crewe Volkswagen, two years as the number one dealer in the UK is a massive achievement and totally down to the team and their focus.

“We’ve just promoted Ben Gilbert – who has been with us twelve years and was brand manager at Crewe Volkswagen from 2011 – to brand director for our Volkswagen and Seat centres and we know his experience will make him a great asset in his new role.”

The Volkswagen One Business Awards are a celebration of the balanced scorecard results for 2015, recognising outstanding performance in all areas.