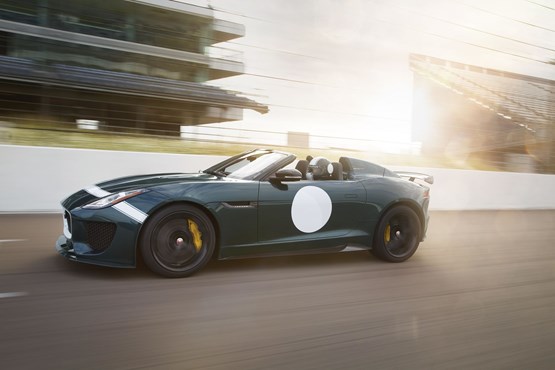 Williams Group will be showcasing two of the highly-anticipated F-Type Project 7 cars at its showroom on Sunday, February 28.

Originally a concept model unveiled at Goodwood Festival of Speed in 2013, the car manufacturer announced in 2014 that the F-Type Project 7 would go into production due to demand.

It is Jaguar’s most powerful production car ever, with an output of 575PS, from a five litre V8 supercharged engine.

To mark the occasion, the Williams Jaguar Manchester, in Upper Brook Street, will be hosting an exclusive event to celebrate the arrival of the cars and to also commemorate the past and future of both Jaguar and Williams.

Jaguar UK specialists will be on hand to give detailed presentations on the new F-Type Project 7 as well as providing more information on the Jaguar XE and XF models.  A number of classic Jaguar vehicles will also be on display, including a Jaguar D-Type.